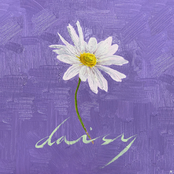 "Daisy" (Hangul: 데이지; RR: Deiji) is a song recorded by South Korean boy group Pentagon, released on October 12, 2020, by Cube Entertainment as the lead single of the group's tenth extended play WE:TH. The song was written by members Hui and Wooseok, alongside producer Nathan. "Daisy" was described as a song that contains a sad feeling that everyone would have experienced after a breakup. Lyrically, the song has a dual meaning as the flower language 'daisy' overlaps the meaning of hope, peace, innocence and hopelessness, and the meaning of 'burn in pain and emotion.' Wooseok added saying, "It looks bright but not that bright." The choreography of this song incorporates movements such as making flowers with hands or turning with hands on top of their heads, calling it the 'Sowing Dance' in which daisy seeds are transferred to make flowers. Ten days after their 4th year anniversary, Pentagon gained their first ever music show win since their debut on SBS MTV's The Show with 8,470 points.