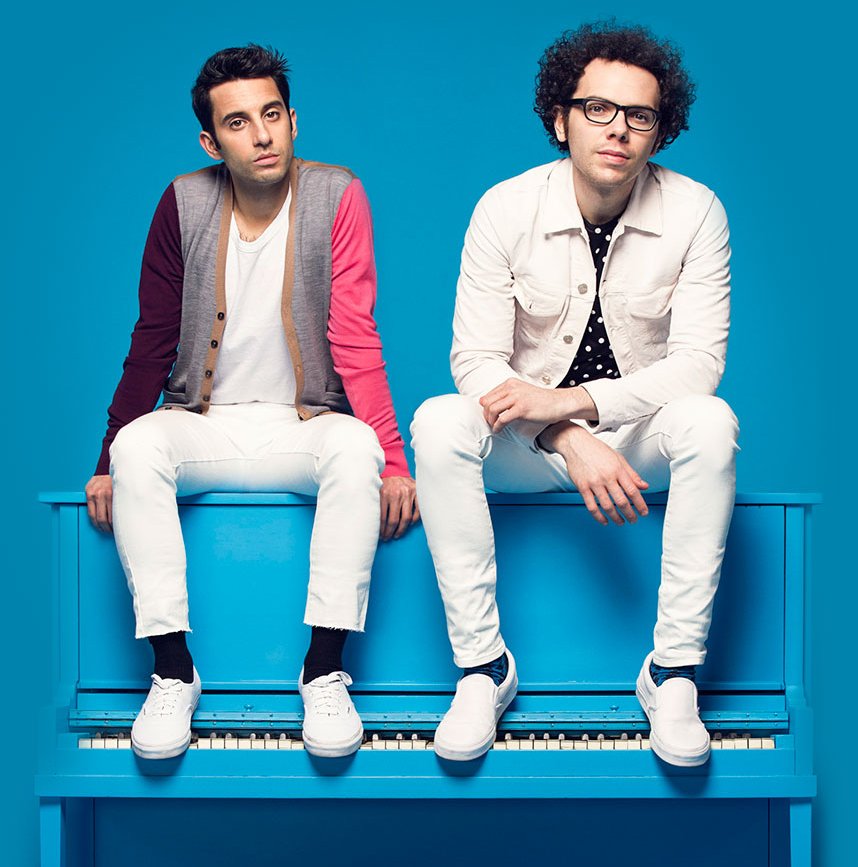 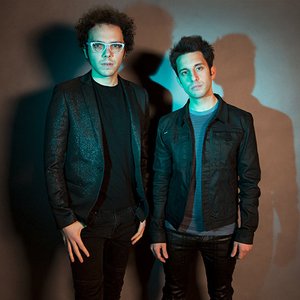 A Great Big World is the new incarnation of Ian Axel and Chad Vaccarino.

Axel’s known for the 2011 viral hit “This Is the New Year,” which solidified him as an indie pop presence with staggering YouTube views and numerous syncs on film and television. Teaming up with longtime collaborator Chad, he’s expanding his horizons immensely into A Great Big World.

The seeds for the partnership were planted early, even before Ian’s solo career took off. While both studying music at NYU, Ian tracked Chad down in the school’s practice rooms.

Chad smiles, “I kept blowing him off, and then I heard him singing nervously at the piano. I was like, ‘your voice is amazing. Let’s work on these songs. Let’s be friends.’”

Ian laughs, “I kind of forced my friendship on him. I stalked him and made him listen to my songs. He told me I needed to be singing. This realization changed my life. Our relationship is super special. I feel like we’ve known each other forever.”

Ian was the artist, and Chad shared writing duties and became his manager. Playing around New York, Ian eventually stepped into the spotlight and released an independent solo album entitled This Is the New Year in 2010.

The title track featured a vocal cameo from Chad. The song’s low budget music video shot at a Brooklyn party garnered over 1.5 million views and stirred an overwhelming viral buzz. Given the track’s success, tinyOGRE Entertainment signed Ian, remixing and re-releasing the record through Sony. “We finally got to quit our day jobs and do this,” Chad goes on. “It was surreal how quickly everything moved forward from that point.”

As they hit the road, “This Is the New Year” continued to gain steam. MTV utilized it as the theme song for their hit documentary series I Used to Be Fat and then it played over the title credits of Garry Marshall’s New Year’s Eve. Their music became a favorite of music supervisors. One Tree Hill, Amazing Race, ESPN, and Good Morning America all incorporated their songs, and Rachael Ray invited them to perform on her nationally syndicated talk show.

They completed their first national tours and opened shows for Ingrid Michaelson, Five For Fighting, and Glee star Matthew Morrison. Their live performances feature a warm, engaging interplay reminiscent of the intimacy and energy of artists like Elton John, Regina Spektor, and Simon and Garfunkel.

In late 2011, tinyOGRE Entertainment informed all of their artists that they were shutting down. “It was bittersweet,” admits Ian. “On the one hand, we lost our whole team. On the other, my relationship with Chad was as strong as it ever was. We were re-capturing the creative spark we had in college. Our music wasn’t just about ‘Ian Axel.’ We had always been in this together.”

That’s when A Great Big World was officially born. Making positive, piano-driven pop bursting with harmonies and woven together with a fun theatrical twist, the duo crafted a six-song EP funded entirely on Kickstarter by fans. “It’s optimistic pop music,” Chad says. “There are fewer songs about heartbreak and more about the big picture. But even the most painful of our songs are hopeful.”

They’ve certainly chased their dreams and they’re going to continue to do so. But there is something even greater at play. “Writing is our therapy,” Ian concludes. “And when we can connect with people through our music, it’s transformational. We’re not alone. Our songs are your songs. And that’s what it’s all about.”
www.agreatbigworld.com