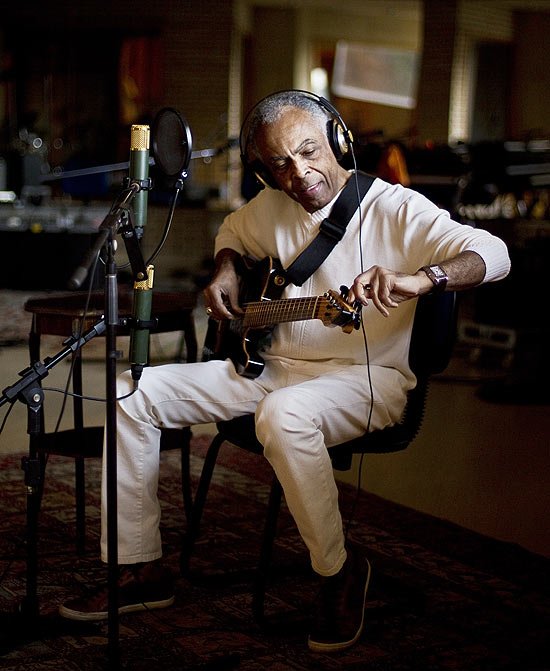 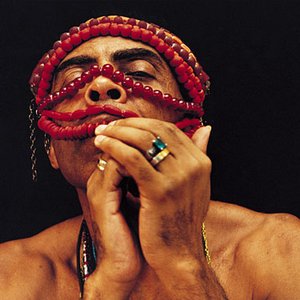 He began his career as a bossa nova musician, but soon began writing songs that reflected a new focus on political awareness and social activism, along with fellow singer Caetano Veloso. In the 1970s, Gil added new elements of African and North American music to his already broad palette, and continued to release a steady stream of albums, including Realce and Refazenda. João Gilberto recorded Gil's "Eu Vim da Bahia" ("I Came from Bahia") on his classic João Gilberto LP.

In 1969, Gil and Veloso, whose status in Brazil was, and is, equivalent to that of John Lennon and Paul McCartney in the English-speaking world, were arrested by the military government of Brazil for anti-government activities. Upon their release, the pair both moved to London. Gil began playing with groups like Yes, Pink Floyd and The Incredible String Band, while continuing his solo career. In the 1970s, he toured the US and recorded an English-language album. He worked with Jimmy Cliff and released in 1980 a cover of "No Woman, No Cry" (Bob Marley & the Wailers) that was a massive hit and introduced reggae to Brazil.

Gil continued recording, performing and involving himself in various social causes, and was eventually elected a city councillor in his home town Salvador in 1989. His 1993 album with Caetano Veloso, Tropicália 2, featured a cover of a Jimi Hendrix song, "Wait Until Tomorrow", and is regarded as one of his finest efforts since the late 1960s.

When President Lula da Silva took office in January 2003, he chose Gil to serve as Brazil's new Minister of Culture, a post he held until 2008. While minister, Gil released his songs "Refazenda", "Rebento" and "Refavela" under the Creative Commons Sampling License.

In May 2005 Gil was awarded the Polar Music Prize in Stockholm, Sweden. He was the first Latin American recipient of the annual award, which was given to him by the King of Sweden. Gil also performed four songs in an outdoors concert the day before the award show and again at the show with only two songs, accompanied by Jimmy Cliff.

In September 2005 he was awarded the Légion d'honneur from the French Government. This coincided with the Année du Brésil en France (Brazil's Year in France).

His daughter Preta Gil is also a musician.