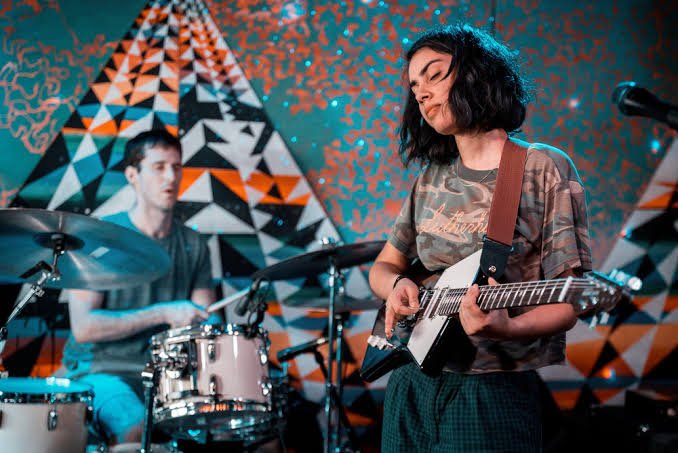 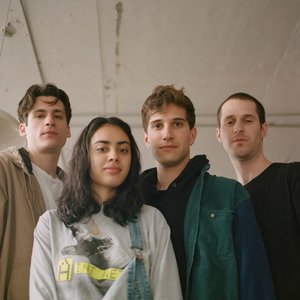 With a unique spin on dreamy indie pop that's both jazzy and psychedelic, Crumb is a four-piece led by main songwriter Lila Ramani, with Brian Aronow on synths/keyboards, Jesse Brotter on bass, and Jonathan Gilad on drums. While still based in Massachusetts, they recorded the three-track eponymous Crumb EP with producer John Scott, releasing it in 2016. The Locket EP followed in 2017. After some headlining dates, they joined (Sandy) Alex G and Hovvdy on a tour of the U.S. later that same year.

Crumb then relocated to Ramani's native Brooklyn and co-produced their debut album with Gabe Wax, bringing in Scott for additional production and mixing. The resulting Jinx arrived via Crumb Records in 2019.

In 2021, the band released their sophomore effort Ice Melt via Crumb Records, supported by the lead single "Trophy" as well as the double single "BNR / Balloon".

There are other bands with the same name:

1) Crumb was an Irish band formed in Dublin in 2004 with no great plan in mind except to play back to basics short guitar pop tunes. They were Dez Foley (drums/vocals), Fiachra McCarthy (bass) and the late Derrick Dalton (guitar/vocals)

2) Crumb was an American alternative rock band formed in San Francisco in 1993 by vocalist Robby Cronholm and guitarist Mark Weinberg, longtime friends who first began writing and performing together while still in high school. After playing their earliest shows as an acoustic duo, Crumb soon swelled to a quartet, with any number of bassists and drummers passing through their ranks; in 1994, after self-releasing the LP Happy Blah, the group welcomed bassist Matt Powell before signing to Qwest Records to cut their 1996 major label debut Romance Is a Slowdance. With new bassist Jim Bowser and drummer Mike Dugan, Crumb resurfaced in 1998 with …seconds, minutes, hours…, their first record for the Red Ant label.

4) Crumb was a Belgian heavy metal band active in the 1990s.