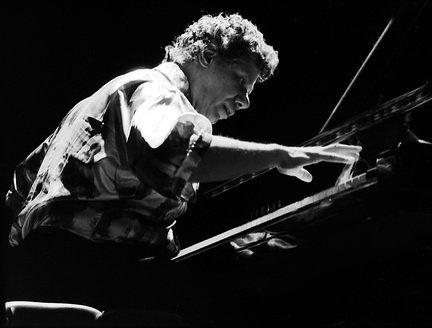 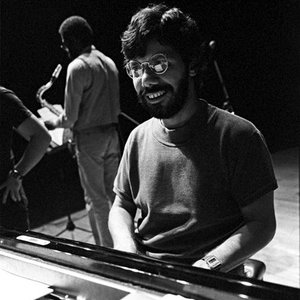 Chick Corea (born Armando Anthony Corea in Chelsea, Massachusetts, USA, on June 12, 1941, died February 9, 2021) was an American jazz pianist/electric keyboardist and composer. His compositions "Spain", "500 Miles High", "La Fiesta" and "Windows", are considered jazz standards. As a member of Miles Davis' band in the late 1960s, he participated in the birth of jazz fusion. In the 1970s he formed the fusion band Return to Forever. Along with Herbie Hancock, McCoy Tyner, and Keith Jarrett, Corea has been described as one of the major jazz piano voices to emerge in the post-John Coltrane era. He continued to pursue other collaborations and to explore musical styles throughout the 1980s and 1990s.

Of southern Italian and Spanish descent, Corea began studying piano at age four. At eight he took up drums. Over his career, he became one of the most prolific and acclaimed jazz artists from the second half of the 20th century, with contributions to most forms of modern music, including straight-ahead jazz, electric fusion, avant-garde and orchestral music. In 2010 he entered the DownBeat Magazine Hall of Fame and was named Artist of the Year.

As a member of Miles Davis's band in the 1960s, and later as founder of Return to Forever, he participated in the birth of the electric fusion movement. In the 1980s he helped expand jazz with the Chick Corea Elektric Band and the Chick Corea Akoustic Band.

A new group, the Five Peace Band, began a world tour in October 2008.

Chick Corea's 75th birthday, Corea and John McLaughlin, Blue Note Jazz Club, New York City, 10 December 2016
A new group, the Five Peace Band, began a world tour in October 2008. Corea had worked with McLaughlin in Davis's late 1960s bands, including the group that recorded Davis's album Bitches Brew. Joining Corea and McLaughlin were saxophonist Kenny Garrett and bassist Christian McBride. Drummer Vinnie Colaiuta played with the band in Europe and on select North American dates; Brian Blade played all dates in Asia and Australia, and most dates in North America. The variety of Corea's music was celebrated in a 2011 retrospective with Corea playing with the Jazz at Lincoln Center Orchestra in the Lincoln Center for the Performing Arts; a New York Times reviewer had high praise for the occasion: "Mr. Corea was masterly with the other musicians, absorbing the rhythm and feeding the soloists. It sounded like a band, and Mr. Corea had no need to dominate; his authority was clear without raising volume."

Corea celebrated his 75th birthday in 2016 by playing with more than 20 different groups during a six-week stand at the Blue Note Jazz Club in Greenwich Village,