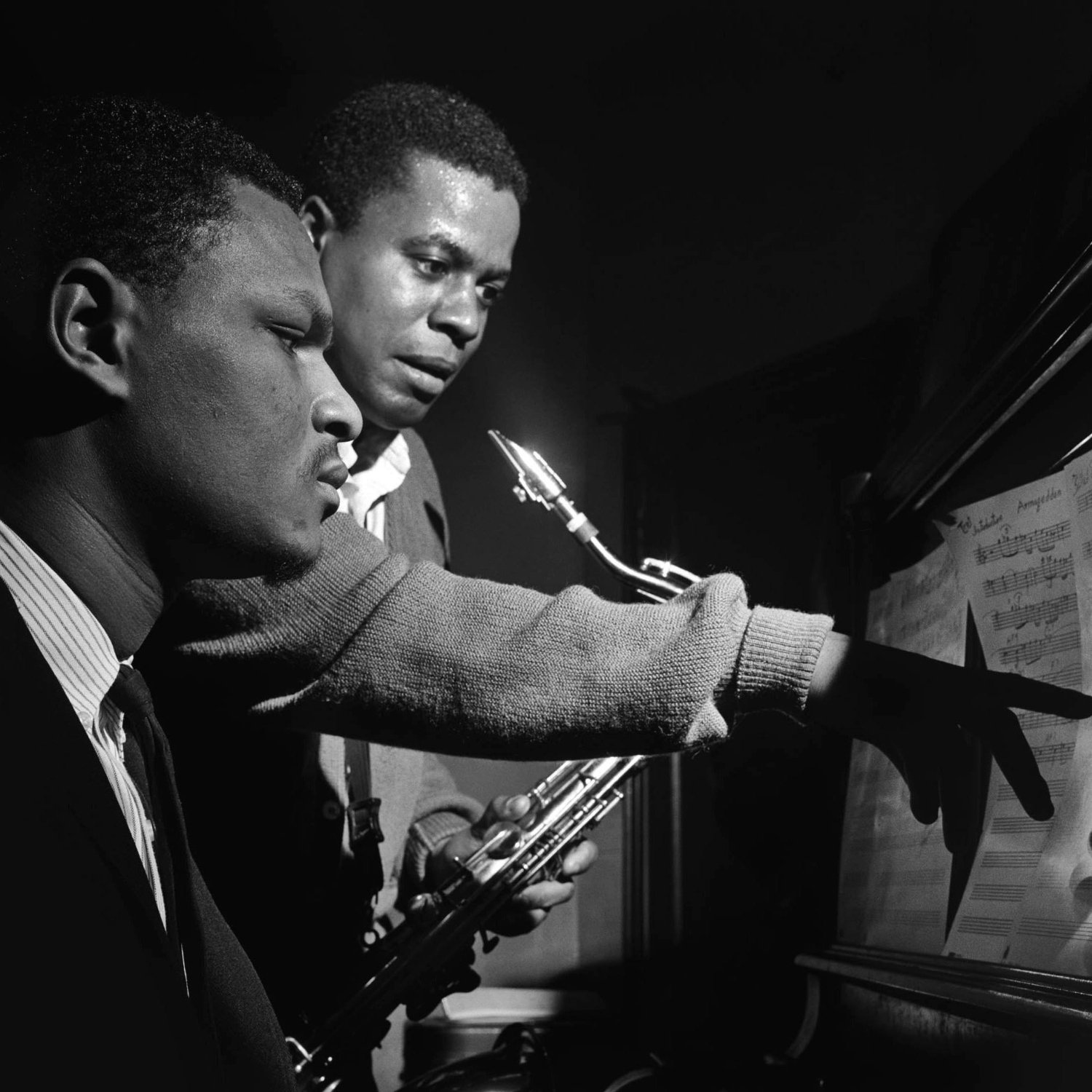 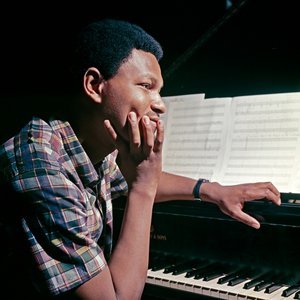 Alfred McCoy Tyner (December 11, 1938 - March 6, 2020) was a jazz pianist from Philadelphia, Pennsylvania, known for his work with the John Coltrane Quartet and a long solo career.

Tyner was born in Philadelphia as the oldest of three children. He was encouraged to study piano by his mother. He finally began studying the piano at age 13 and within two years, music had become the focal point in his life. His early influences included Bud Powell, a Philadelphia neighbor. Among many other things, Tyner's playing can be distinguished by a low bass left hand, in which he tends to raise his arm relatively high above the keyboard for an emphatic attack, creating at times a veritable tsunami of sound. Tyner's unique right hand soloing is recognizable for a detached, or staccato quality, and descending arpeggios, both of a triadic shape and in other patterns. His unique approach to chord voicing has influenced a wide array of contemporary jazz pianists.

Tyner's first main exposure came with Benny Golson being the first pianist in Golson's and Art Farmer's legendary Jazztet (1960). After departing the Jazztet, Tyner joined Coltrane's group in 1960. (Coltrane had known Tyner for a while, and featured one of the pianist's compositions, "The Believer", as early as 1958.) He appeared on the saxophonist's popular recording of "My Favorite Things" for Atlantic Records. The Coltrane Quartet, which consisted of Coltrane on tenor sax, Tyner, Jimmy Garrison on bass, and Elvin Jones on drums, toured almost non-stop between 1961 and 1965 and recorded a number of classic albums, including Live at the Village Vanguard, Ballads, Live at Birdland, Crescent, A Love Supreme, and The John Coltrane Quartet Plays …, on the Impulse! label.

Tyner has recorded a number of highly influential albums in his own right. While in Coltrane's group, he recorded a series of relatively conservative albums (primarily in the piano trio format) for Impulse, starting with the fleet-fingered Inception (1962), which showcases Tyner's work as a composer. After leaving Coltrane's group, Tyner began a series of post-bop albums released on the Blue Note label, in the 1967–1970 time frame (The Real McCoy, 1967; Tender Moments, 1967; Expansions, 1968; Extensions, 1970). Soon thereafter he moved to the Milestone label and recorded many influential albums, including Sahara (1972), Enlightenment (1973), and Fly With The Wind (1976), which featured flautist Hubert Laws, drummer Billy Cobham, and a string orchestra. His music for Blue Note and Milestone often took the Coltrane quartet's music as a point of departure and also incorporated African and East Asian musical elements. On Sahara, for instance, Tyner plays koto, in addition to piano, flute, and percussion. These albums are often cited as examples of vital, innovative jazz from the 1970s that was neither fusion nor free jazz. Trident (1975) is notable for featuring Tyner on harpsichord (rarely heard in jazz) and celeste, in addition to his primary instrument, piano. Often cited as a major influence on younger jazz musicians, Tyner still records and tours regularly and played from the 1980s through '90s with a trio that included Avery Sharpe on bass and Aaron Scott on drums. He made a trio of mature yet vibrant solo recordings for Blue Note, starting with Revelations (1988) and culminating with Soliloquy (1991). Today Tyner records for the Telarc label and has been playing with different trios, the most recent of which includes Charnett Moffett on bass and Eric Harland on drums.

Tyner was a Sunni Muslim for a period of time beginning at the age of eighteen. His Muslim name was Sulaimon Saud. Today Tyner does not practice a specific religion.

McCoy Tyner was also married at one time and has three sons. His brother, Jarvis Tyner, is a high official in the leadership of the American Communist Party. McCoy, however, is not a pronounced advocate of any political ideology.