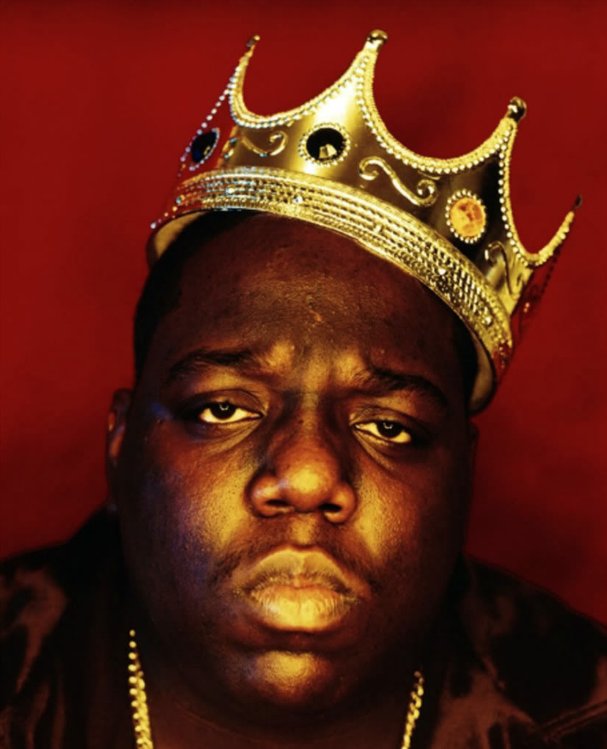 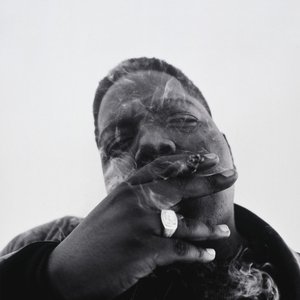 Christopher George Latore Wallace (May 21, 1972 – March 9, 1997), known professionally as The Notorious B.I.G., Biggie Smalls, or Biggie, was an American rapper. He is widely considered to be one of the greatest hip-hop artists of all time.

Wallace was born and raised in the Brooklyn borough of New York City. His debut album Ready to Die (1994) made him a central figure in East Coast hip hop and increased New York City's visibility in the genre at a time when West Coast hip hop dominated the mainstream. The following year, he led Junior M.A.F.I.A.—a protégé group composed of his childhood friends—to chart success. In 1996, while recording his second album, Wallace was heavily involved in the growing East Coast–West Coast hip hop feud. On March 9, 1997, he was murdered by an unknown assailant in a drive-by shooting in Los Angeles. His second album, Life After Death (1997), released two weeks later, rose to No. 1 on the U.S. album charts. In 2000, it became one of the few hip-hop albums to be certified Diamond.

Wallace was noted for his "loose, easy flow"; dark, semi-autobiographical lyrics; and storytelling abilities, which focused on crime and hardship. Three more albums have been released since his death, and he has certified sales of over 17 million records in the United States, including 13.4 million albums.

Wallace was born at St. Mary's Hospital in the Brooklyn borough of New York City on May 21, 1972, the only child of Jamaican immigrant parents. His mother, Voletta Wallace, was a preschool teacher, while his father, Selwyn George Latore, was a welder and politician. His father left the family when Wallace was two years old, and his mother worked two jobs while raising him. Wallace grew up at 226 St. James Place in Brooklyn's Clinton Hill, near the border with Bedford-Stuyvesant. Wallace excelled at Queen of All Saints Middle School winning several awards as an English student. He was nicknamed "Big" because he was overweight by the age of 10. Wallace said he started dealing drugs when he was around the age of 12. His mother, often away at work, did not know of his drug dealing until he was an adult. He began rapping as a teenager, entertaining people on the streets, and performed with local groups the Old Gold Brothers and the Techniques. At his request, Wallace transferred from Bishop Loughlin Memorial High School to George Westinghouse Career and Technical Education High School, where future rappers DMX, Jay-Z, and Busta Rhymes were also attending. According to his mother, Wallace was still a good student but developed a "smart-ass" attitude at the new school. At age 17, Wallace dropped out of school and became more involved in crime. In 1989, he was arrested on weapons charges in Brooklyn and sentenced to five years' probation. In 1990, he was arrested on a violation of his probation. A year later, Wallace was arrested in North Carolina for dealing crack cocaine. He spent nine months in jail before making bail.

Guerilla Black, in the book How to Rap, describes how Wallace was able to both "glorify the upper echelon" and " you feel his struggle". According to Touré of The New York Times in 1994, Wallace's lyrics " autobiographical details about crime and violence with emotional honesty". Marriott of The New York Times (in 1997) believed his lyrics were not strictly autobiographical and wrote he "had a knack for exaggeration that increased sales". Wallace described his debut as "a big pie, with each slice indicating a different point in my life involving bitches and niggaz… from the beginning to the end".

Ready to Die is described by Rolling Stone as a contrast of "bleak" street visions and being "full of high-spirited fun, bringing the pleasure principle back to hip-hop". AllMusic write of "a sense of doom" in some of his songs and the NY Times note some being "laced with paranoia"; Wallace described himself as feeling "broke and depressed" when he made his debut. The final song on the album, "Suicidal Thoughts", featured Wallace contemplating suicide and concluded with him committing the act.

On Life After Death, Wallace's lyrics went "deeper". Krims explains how upbeat, dance-oriented tracks (which featured less heavily on his debut) alternate with "reality rap" songs on the record and suggests that he was "going pimp" through some of the lyrical topics of the former. XXL magazine wrote that Wallace "revamped his image" through the portrayal of himself between the albums, going from "midlevel hustler" on his debut to "drug lord".

AllMusic wrote that the success of Ready to Die is "mostly due to Wallace's skill as a storyteller"; in 1994, Rolling Stone described Wallace's ability in this technique as painting "a sonic picture so vibrant that you're transported right to the scene". On Life After Death, Wallace notably demonstrated this skill on "I Got a Story to Tell", creating a story as a rap for the first half of the song and then retelling the same story "for his boys" in conversation form.

Since his death, Wallace's lyrics have been sampled and quoted by a variety of hip hop, R&B and pop artists including Jay-Z, 50 Cent, Alicia Keys, Fat Joe, Nelly, Ja Rule, Eminem, Lil Wayne, Game, Clinton Sparks, Michael Jackson and Usher. On August 28, 2005, at the 2005 MTV Video Music Awards, Sean Combs (then using the rap alias "P. Diddy") and Snoop Dogg paid tribute to Wallace: an orchestra played while the vocals from "Juicy" and "Warning" played on the arena speakers. In September 2005, VH1 held its second annual "Hip Hop Honors", with a tribute to Wallace headlining the show.

Wallace had begun to promote a clothing line called Brooklyn Mint, which was to produce plus-sized clothing but fell dormant after he died. In 2004, his managers, Mark Pitts and Wayne Barrow, launched the clothing line, with help from Jay-Z, selling T-shirts with images of Wallace on them. A portion of the proceeds go to the Christopher Wallace Foundation and to Jay-Z's Shawn Carter Scholarship Foundation. In 2005, Voletta Wallace hired branding and licensing agency Wicked Cow Entertainment to guide the estate's licensing efforts. Wallace-branded products on the market include action figures, blankets, and cell phone content.

The Christopher Wallace Memorial Foundation holds an annual black-tie dinner ("B.I.G. Night Out") to raise funds for children's school equipment and to honor Wallace's memory. For this particular event, because it is a children's schools' charity, "B.I.G." is also said to stand for "Books Instead of Guns".

There is a large portrait mural of Wallace as Mao Zedong on Fulton Street in Brooklyn a half-mile west from Wallace's old block. A fan petitioned to have the corner of Fulton Street and St. James Place, near Wallace's childhood home renamed in his honor, garnering support from local businesses and attracting more than 560 signatures.

A large portrait of Wallace features prominently in the Netflix series Luke Cage, due to the fact that he served as muse for the creation of the Marvel Cinematic Universe's version of Marvel Comics character Cornell "Cottonmouth" Stokes.