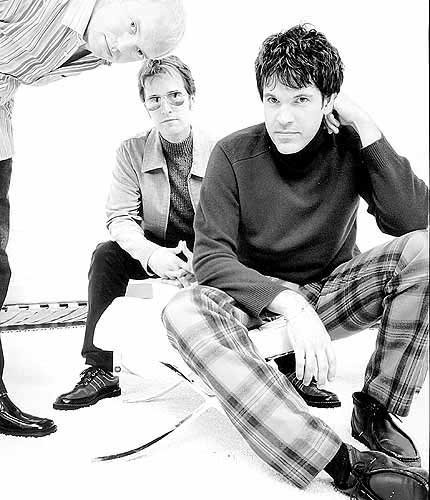 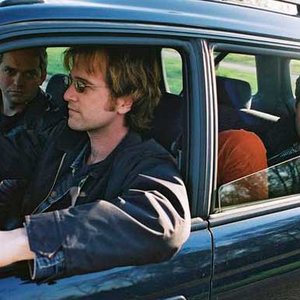 Semisonic is a power pop/alternative rock band formed in Minneapolis, Minnesota, U.S.A. Known for their signature song "Closing Time", the band members are Dan Wilson (guitar/vocals), John Munson (bass), and Jacob Slichter (drums). Although on hiatus since the early-00s, sporadic reunions have occurred.

After the breakup of Trip Shakespeare, Dan Wilson and John Munson joined up with drummer Jacob "Jake" Slichter to form Semisonic in 1995. An E.P., Pleasure, was released that year, and their first studio full-length release, Great Divide, followed in 1996 on MCA. Although they drew a cult following among 90s powerpop fans, mainstream success eluded the group.

Semisonic's breakthrough came two years later in 1998 when their sophomore effort, Feeling Strangely Fine, reached the Top 50 chart on the strength of the hit single "Closing Time". Their international career also blossomed when another song from the album, "Secret Smile," quickly became a U.K. radio favourite in the summer of 1999, eventually peaking at #13 on the official U.K. Singles Chart.

In early 2001, the band released its third album, All About Chemistry. The single "Chemistry" was a mainstay overseas; however, the album didn't fare as well in the United States. Another song, "Over My Head," was used in the 2001 teen movie Summer Catch, and Semisonic rode the wave of various tours in and around the U.K. In the fall of 2001, Semisonic contributed their cover of the Wings classic, "Jet," for the Paul McCartney tribute CD, Listen to What the Man Said.

Semisonic has been mostly on hiatus since 2001. Band members have since pursued other projects, such as Slichter's writing career and Wilson's solo recordings They performed for the first time in years on July 14, 2006 for the Minneapolis Aquatennial. They have also been spotted performing for private parties in basements. Dan Wilson's talented songwriting has lead to massively popular collaborations with Adele and other artists.