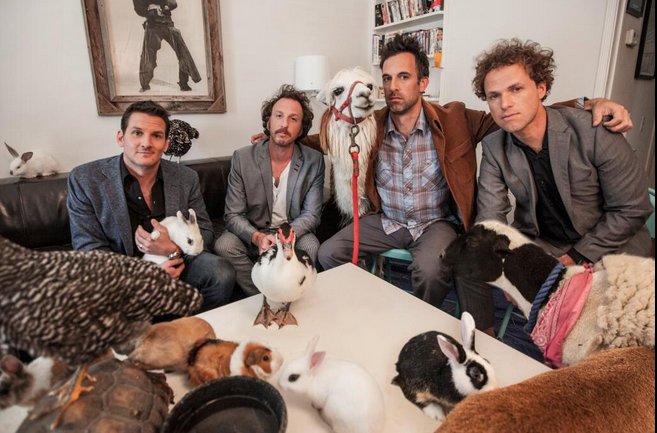 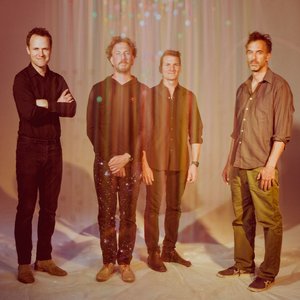 Guster is an alternative rock band, which formed at Tufts University in Medford, Massachusetts, United States in 1992.

The band consists of Adam Gardner and Ryan Miller on guitar and vocals and Brian Rosenworcel on percussion. Multi-instrumentalist and backup vocalist Joe Pisapia played with the band from 2003-2010. Luke Reynolds took Pisapia's place to tour with the band for their 2010 album, Easy Wonderful, and has remained with the band since. The band is noted for its catchy, poppy melodies, and the distinctive hand-drumming on percussion. They are also known for their humor, including a joke album released in 2003, The Meowstro Sings: Guster's Keep It Together, wherein the lyrics are replaced with (off-melody) meowing.

The band has released eight studio albums which are, in chronological order, Parachute, Goldfly, Lost and Gone Forever, Keep It Together, Ganging Up On the Sun, Easy Wonderful, Evermotion, and their most recent, Look Alive, which was released on January 18th, 2019. In addition, they have released a total of eleven live albums, spanning the years 2003-2015.