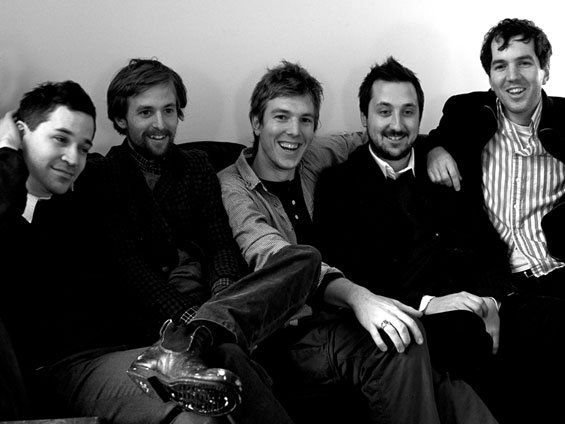 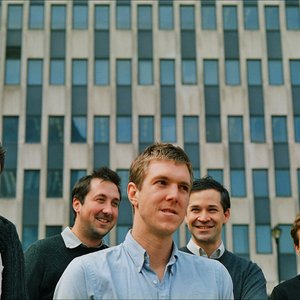 The Walkmen is an American indie rock band, with members based in New York City and Philadelphia. The band formed in 2000 with three members from Jonathan Fire*Eater—Paul Maroon (guitar, piano), Walter Martin (organ/bass), and Matt Barrick (drums)—and two from The Recoys, Peter Matthew Bauer (bass/organ) and Hamilton Leithauser (vocals, guitar). All but Bauer attended St. Albans in Washington, D.C. The band are currently on hiatus, with Leithauser, Bauer and Martin all pursuing solo careers, and Barrick joining Fleet Foxes in a touring and session capacity

They prefer the sound of vintage musical instruments, particularly the upright piano, and have often recorded at Marcata Recording, a recording studio built in Harlem in 1999 by the three former members of Jonathan Fire*Eater and later relocated to upstate New York.

Each of the members of The Walkmen grew up in and around the Washington, D.C. area, played in many of the same bands from early in their careers, and even attended the same Washington-area high school. The bandmates eventually moved to Harlem and became a part of the burgeoning New York City rock scene.

The band was formed in 2000 following the breakup of two separate bands: Jonathan Fire*Eater, whose members included Martin, Maroon and Barrick, and The Recoys, whose members included Leithauser and Bauer. The three members from Jonathan Fire*Eater, which had recorded for Dreamworks Records, had money left over from that past recording contract and used the remaining funds to construct a rehearsal space in uptown New York. The rehearsal space featured a 24-track recording studio and was dubbed Marcata Studios.

The newly-formed band, who wished to distance themselves from the garage rock sounds of previous bands, released a self-titled EP of songs in 2001 on Startime International, a small Brooklyn-based record label. Shortly after release of the EP, which featured an eccentric blend of upright pianos and other vintage instruments, The Walkmen made their official live debut with a performance at Joe's Pub in the East Village.

The 2002 debut album Everyone Who Pretended to Like Me Is Gone, released by Startime, was well received by critics. The album was noted for its innovative approach to atmosphere and instrumentation, with sparse bass and drums complemented by plinking piano, jangly guitars and Leithauser's unique vocal stylings. Two of the songs on the album, "The Blizzard of '96" and "That's the Punchline," were adaptations of tracks meant for The Recoys' unreleased full-length album.