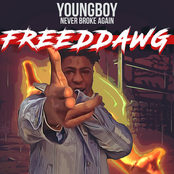 [Verse]
I go by YoungBoy and I zip you up from talkin' shit
These niggas bitches and I know that they ain't 'bout that shit
Can't come how I'm comin', I was a youngin when they tried that shit
I been knockin' niggas off, they never knew it was gon' come to this
Bitch, I been on some rider shit (Let's go), I leave 'em dead
Got the whole city mad, I zip that boy 'bout what he said
You can stunt like you mad, I put a bag on top your head
I was up in the parish, slept with playpals under my bed
'Cause, bitch, I'm tryna flex somethin', do some' with all y'all
Soon as we get up on the walk, my youngin' punch his head off
Lil' bitch, I'm out the North Side, I'm bustin', I won't stand down
I'll put the bitch up in a casket, fuck up your headstone
Them niggas used to run the city, won't even claim that bitch
Don't say nothin' 'cause the shit ain't serious, don't make me tame that shit
These youngins runnin' with me with it, they on some dangerous shit
Bustin', put two in your fitted, I call that gang assist
Rollin', I just popped one, tryna body bag and zip somethin', yeah
Pants hangin' off my ass, Glock on my side with a green flag
Talkin' reckless, caught him slippin', went to bustin', did him bad
Soon as we swerve, we bend the curve, don't do no talkin', that's your ass
I ain't got no chill, I'm tryna send a bitch to Winnfield
Had to show the pussy bitch I been that, and bitch, I'm still is
Bitch, I pull up, make a nigga get back, like what the deal is?
All these pussy bitches choosin' sides like they don't know real
You might also like[Interlude]
Mmh, come on, bitch, uh-uh, let me go
Yeah, chill out, yeah, bitch, ayy, I'll do somethin' with you
(Bitch ass nigga say)
And I'll bang it out with you
Old ho ass nigga (Let's do it, look)

[Outro]
Do what you do, I put you on the news, bitch, we could fight or shoot
Bitch, I know these niggas know it's murder when I'm comin' through
Bitch, I always win, I never lose, we gon' fuck over you
You become a victim of the chopper, put him on the news (Huh?) 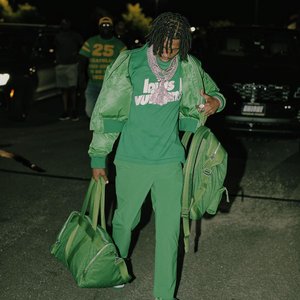 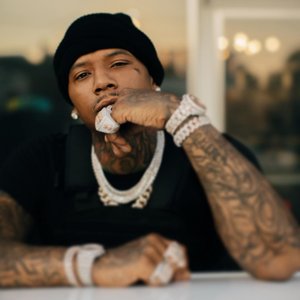