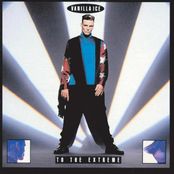 Ice Ice Baby, Ice Ice Baby
All right stop, Collaborate and listen
Ice is back with my brand new invention
Something grabs a hold of me tightly
Flow like a harpoon daily and nightly
Will it ever stop? Yo -- I don t know
Turn off the lights and I ll glow
To the extreme I rock a mic like a vandal
Light up a stage and wax a chump like a candle
Dance, go rush the speaker that booms
I m killing your brain like a poisonous mushroom
deadly, when I play a dope melody
Anything less than the best is a felony
Love it or leave it, You better gain way
You better hit bull s eye, The kid don t play
If there was a problem, Yo, I ll solve it
Check out the hook while my DJ revolves it

Now that the party is jumping
With the bass kicked in and the Vegas are pumpin
Quick to the point, to the point no faking
Cooking MCs like a pound of bacon
Burnin `em if you aint quick and nimble
I go crazy when I hear a cymbal
And a hi hat with a souped up tempo
I m on a roll, it s time to go solo
Rollin in my 5.0
With my ragtop down so my hair can blow
The girlies on standby, Waving just to say Hi
Did you stop? Hell no -- I just drove by
Kept on pursuing to the next stop
I busted a left and I m heading to the next block
That block was dead

Yo -- so I continued to A1A Beachfront Avenue
Girls were hot wearing less than bikinis
Rockman lovers driving Lamborghinis
Jealous cause I m out getting mine
Quake with a gauge and Vanilla with a nine
Ready for the chumps on the wall
The chumps acting ill because they re full of Eight Ball
Gunshots ranged out like a bell
I grabbed my nine -- All I heard were shells
Falling on the concrete real fast
Jumped in my car, slammed on the gas
Bumper to bumper the avenue s packed
I m trying to get away before the jackers jack
Police on the scene, You know what I mean
They passed me up, confronted all the dope fiends
If there was a problem, Yo, I ll solve it
Check out the hook while my DJ revolves it

Take heed, cause I m a lyrical poet
Miami s on the scene just in case you didn t know it
My town, that created all the bass sound
Enough to shake and kick holes in the ground
Cause my style s like a chemical spill
Feasible rhymes that you can vision and feel
Conducted and formed, This is a hell of a concept
We make it hype and you want to step with this
Quake plays on the fade, slice like a ninja
Cut like a razor blade so fast, Other DJs say, "damn"
If my rhyme was a drug, I d sell it by the gram
Keep my composure when it s time to get loose
Magnetized by the mic while I kick my juice
If there was a problem, Yo -- I ll solve it!
Check out the hook while Deshay revolves it
Ice Ice Baby Vanilla, Ice Ice Baby Vanilla
Ice Ice Baby Vanilla, Ice Ice Baby Vanilla

"Ice Ice Baby" is a hip hop song written by American rapper Vanilla Ice (real name Robert Matthew Van Winkle) and DJ Earthquake. The song samples the bassline of "Under Pressure" by Queen and David Bowie, who did not initially receive songwriting credit or royalties until after it had become a hit. Originally released on Van Winkle's 1989 debut album Hooked and later on his 1990 national debut To the Extreme, it is his most famous and popular song. It has appeared in remixed form on Platinum Underground and Vanilla Ice Is Back! A live version appears on the album Extremely Live, while a rap rock version appears on the album Hard to Swallow, under the title "Too Cold". "Ice Ice Baby" was initially released as the B-side to Van Winkle's cover of "Play That Funky Music", but the single was not initially successful. When a disc jockey played "Ice Ice Baby" instead, it began to gain success. "Ice Ice Baby" was the first hip hop single to top the Billboard charts. Topping the Australian, Dutch, Irish, Italian and UK charts, the song helped diversify hip hop by introducing it to a mainstream audience. Robert Van Winkle, better known by his stage name Vanilla Ice, wrote "Ice Ice Baby" at the age of 16, basing its lyrics upon his experiences in South Florida. The lyrics describe a drive-by shooting and Van Winkle's rhyming skills. The chorus of "Ice Ice Baby" originates from the signature chant of the national African American fraternity Alpha Phi Alpha. Of the song's lyrics, Van Winkle states that "If you released 'Ice Ice Baby' today, it would fit in today's lyrical respect among peers, you know what I'm sayin'? My lyrics aren't, 'Pump it up, go! Go!' At least I'm sayin' somethin'." The song's hook samples the bassline of the 1981 song "Under Pressure" by Queen and David Bowie.Freddie Mercury and David Bowie did not receive credit or royalties for the sample. In a 1990 interview, Van Winkle said the two melodies were slightly different because he had added an additional note. In later interviews, Van Winkle readily admitted he sampled the song and claimed his 1990 statement was a joke; others, however, suggested he had been serious. Van Winkle later paid Mercury and Bowie, who have since been given songwriting credit for the sample. In December 1990, Van Winkle told Smash Hits magazine where he came up with the idea of sampling "Under Pressure": “ The way I do stuff is to go through old records that my brother has. He used to listen to rock 'n' roll and stuff like that. I listened to funk and hip hop because rock wasn't really my era. But having a brother like that, well, I just mixed the two, and he had a copy of 'Under Pressure'. And putting those sounds to hip hop was great. ” Van Winkle described himself as the first rapper to cross into the pop market, and said as a result he "had to take the heat for a lot of people" for his music's use of samples, but the criticism he received over sample use allowed sampling to become acceptable in mainstream hip hop. [edit] Release "Ice Ice Baby" was initially released by Ichiban Records as the B-side to Van Winkle's cover of "Play That Funky Music". The 12-inch single featured the radio, instrumental and a cappella versions of "Play That Funky Music" and the radio version and "Miami Drop" remix of "Ice Ice Baby". When a disc jockey played "Ice Ice Baby" instead of the single's A-side, the song gained more success than "Play That Funky Music". A music video for "Ice Ice Baby" was produced for $8000. The video was financed by Van Winkle's manager, Tommy Quon, and shot on the roof of a warehouse in Dallas, Texas. In the video, Van Winkle is shown rapping the lyrics while he and others dance to the song. Heavy airplay of the video by The Box while Van Winkle was still unknown increased public interest in the song. "Ice Ice Baby" was given its own single, released in 1990 by SBK Records in the United States, and EMI Records in the United Kingdom. The SBK single contained the "Miami Drop", instrumental and radio mixes of "Ice Ice Baby" and the album version of "It's A Party". The EMI single contained the club and radio mixes of the song, and the shortened radio edit.The single was quickly pulled from the American market soon after the song reached number one, in a successful attempt to drive consumers to buy the album instead. Reception "Ice Ice Baby" was the first hip hop single to top the Billboard charts. It has been credited for helping diversify hip hop by introducing it to a mainstream (not exclusively black) audience. Entertainment Weekly reviewer Mim Udovitch wrote that "[Vanilla Ice] probably would have scored with his hit rap single 'Ice Ice Baby' even if he hadn't been white. There's just something about the way its hook — a sample from Queen and David Bowie's 'Under Pressure' — grabs you and flings you out onto the dance floor." 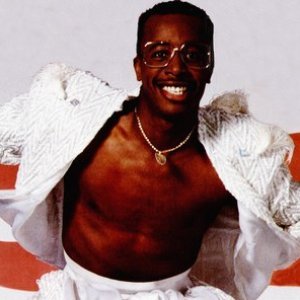 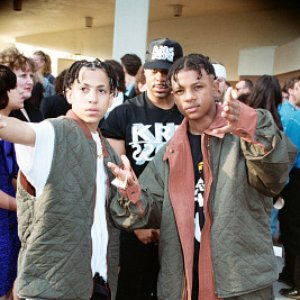 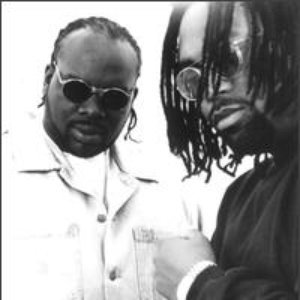 Related Tracks
MC Hammer - U Can't Touch This
Sir Mix-A-Lot - Baby Got Back
Kris Kross - Jump
House of Pain - Jump Around
Will Smith - Gettin' Jiggy Wit It
Salt-N-Pepa - Shoop
Beastie Boys - Intergalactic
Cypress Hill - Insane in the Brain
Snow - Informer
Coolio - Gangsta's Paradise
Skee-Lo - I Wish
Will Smith - Miami
Luniz - I Got 5 On It
Montell Jordan - This Is How We Do It
DJ Jazzy Jeff & The Fresh Prince - The Fresh Prince of Bel-Air
LL Cool J - Mama Said Knock You Out
EMF - Unbelievable
Salt-N-Pepa - Push It
Digital Underground - The Humpty Dance
Naughty By Nature - O.P.P.
Naughty By Nature - Hip Hop Hooray
MC Hammer - Pray
Biz Markie - Just A Friend
Beastie Boys - Sabotage
Ace of Base - All That She Wants