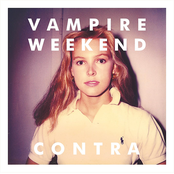 Wouldn't ever gag you with a spoon, my only true love
Never really heard you speak that way, it's unworthy of...
Funny how that little college girl called language corrupt
Funny how the other private schools had no Hapa Club

Someone took a trip before you came to ski in the Alps
Your father moved across the country
Just to sunburn his scalp
Contra Costa, Contra Mundum, contradict what I say
Living like the French Connection, but we'll die in la

No one sits inside a freezing flat and stays there 'til May
Leafing through a stack of A-Zs to surf the uk
Waiting with the wind against your face
And gel in your hair
Shivering in little undershirts, but don't seem to care

And if it's all a curse
And we're just getting worse
Baby, please don't lose your faith in the good earth

Offering keen commentary on snobbish east coast attitudes, “California English” stands out for being one of the most bright, jittery, and hyper songs on an album full of them. It takes its name from the phrase/idea of “California English”, the name attached to the vernacular that is native to Californians. For example, to natives of the Golden State, freeways are “THE 101”, not just “101”. Using famous Californian slang – “Gag me with a spoon” – and referring to Californian idiosyncrasies, at its core the song is a prolonged observation about California. Ezra Koenig: There are a lot of subtle references to the idea of myths vs reality, to the idea of culture clashes. More generally, it’s about my experiences in California and the things that stick out about it. In some ways, it’s almost like my love-letter to California. Which goes against the prevailing cynical condescension that reigns in New York, in regards to LA.