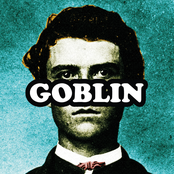 “Radicals” is the third track off of Tyler’s second album "Goblin". Tyler displays his usual fuck everything mentality, then ending the song with his conflicted views on maturity. At the beginning of this track, Tyler briefly mentioned his “Random Disclaimer” letting his listeners know that if they actually take what he says to heart, and literally go out and do crazy things, do not blame him. In September 2019, a University of South Alabama student was charged with making terrorist threats regarding Tyler’s infamous RADICALS chant. The student wrote on a flip board in a Library “Kill People, Burn Shit, Fuck School, Hail Satan 666, Praise the Devil”. The lyrics were reportedly written “on or around” the 18th year anniversary of the September 11, 2001, terrorist attacks.