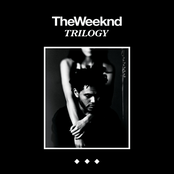 The Weeknd - The Morning

[Verse 1]
From the morning to the evening
Complaints from the tenants
Got the walls kicking like they six months pregnant
Drinking Alizé with our cereal for breakfast
Girls calling cabs at dawn quarter to seven
Sky's getting cold, we're flying from the north
Rockin' with our city like a sold out show
House full of pros that specialize in the ho'in'
Make that money rain as they taking off they clothes
Order plane tickets
Cali is the mission
Visit every month like I'm split life living
Let the world listen
If a hater's caught slipping
Then my niggas stay tight
Got my back like Pippen
Fast life gripping
Yeah, we still tippin'
Codeine cups paint a picture so vivid
Fakes try to mimic
Get girls timid
But behind closed doors they get poles so rigid

The morning has come for Abel and his love interest, and the high from the previous night sends Abel’s girl departing and Abel himself into a candid, reflective state about his musical progression as well as the females that emerge in his nightlife: prostitutes and strippers. A favorite of many XO fans (including Taylor Swift), this song has appeared on both Capital Xtra’s and Red Bull’s lists of best Weeknd songs. This is the second of three tracks that would be produced (and ultimately secured) from producer Jeremy Rose. Abel would later feud for rights to the songs. The version that appears on House of Balloons and Trilogy is not the Rose-produced version. Rose’s demo, one of the three 2010 drops that first brought fans to the Weeknd, featured pitched-down rapping and a faster tempo—likely recorded during The Weeknd’s Kin Kane days.