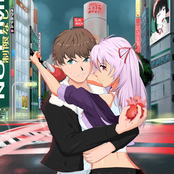 NEED YOU MOST (So Sick)

On “NEED YOU MOST (So Sick),” The Kid LAROI sings over a slow moving track about his regrets and mistakes in a past relationship – and how it has made him sick of love songs. He touches on how he still “needs her the most“, going further into detail about his feelings and how she left him heartbroken. The song was first previewed during an Instagram live by one of the producers of the track Haan on March 27, 2020. LAROI eventually confirmed the track would feature on F*CK LOVE with an Instagram post on April 10, 2020 – which he captioned: The track’s instrumental samples Ne-Yo’s November 2005 hit “So Sick” and LAROI also interpolates lines from the track’s chorus.