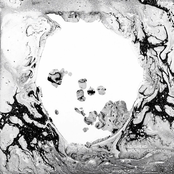 This goes
Beyond me
Beyond you

The white room
By a window
Where the sun comes
Through

“Daydreaming” is the second single off Radiohead’s ninth studio album. The single was released on May 6, 2016. Earlier that day, the band teased the song’s music video on their Instagram. The music video features Radiohead lead singer Thom Yorke wandering through various locations—a library, an empty parking garage, a family’s home. The clip was directed by filmmaker Paul Thomas Anderson who has worked extensively with Radiohead guitarist Jonny Greenwood. Greenwood scored many of Anderson’s films including Inherent Vice, The Master and There Will Be Blood.