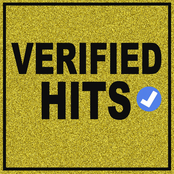 [Chorus: Post Malone]
I've been fuckin' hoes and poppin' pillies
Man, I feel just like a rockstar (Star, ayy, ayy)
All my brothers got that gas
And they always be smokin' like a Rasta ('Sta)
Fuckin' with me, call up on a Uzi
And show up, man, them the shottas ('Tas)
When my homies pull up on your block
They make that thing go grrra-ta-ta-ta (Ta, pow, pow, pow, ayy, ayy)

[Verse 1: Post Malone]
Switch my whip, came back in black
I'm startin' sayin', "Rest in peace to Bon Scott" (Scott, ayy)
Close that door, we blowin' smoke
She ask me light a fire like I'm Morrison ('Son, ayy)
Act a fool on stage
Prolly leave my fuckin' show in a cop car (Car, ayy)
Shit was legendary
Threw a TV out the window of the Montage
Cocaine on the table, liquor pourin', don't give a damn
Dude, your girlfriend is a groupie, she just tryna get in
Sayin', "I'm with the band" (Ayy, ayy)
Now she actin' outta pocket, tryna grab up on my pants
Hundred bitches in my trailer say they ain't got a man
And they all brought a friend (Yeah, ayy, ayy, ayy)

"rockstar" is a song by American rapper and singer-songwriter Post Malone. It was released on September 15, 2017, by Republic Records as the first single from his 2018 project "beerbongs & bentleys". The track reached number one on the US Billboard Hot 100, and reached the top spot in several other countries, including Australia, Canada, Ireland, New Zealand, and the United Kingdom. It became Post Malone and 21 Savage's first number one in all the countries mentioned.