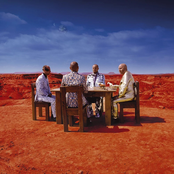 Ooh baby don't you know I suffer?
Ooh baby can't you hear me moan?
You caught me under false pretenses
How long before you let me go?

Supermassive Black Hole is the first single from black holes and revelations, released on 19 June 2006. Its B-side is Crying Shame. The song has been available online since 9 May following a radio premiere the previous day. The single reached #4 in the UK Singles Chart, making it the highest charting single by the band to date. The track was mixed at Townhouse Studios, London. It was released as the third U.S. single on April 23, 2007. Influences The song showcases the album's experimentation with other genres. "It's the most different to anything we've ever done," Matthew Bellamy told French magazine Rock Mag on 3 March 2006, "We've had some Belgian influences: Millionaire, dEUS, Evil Superstars, Soulwax... These groups were the first to mix R&B rhythms with alternative guitar. We've added a bit of Prince and Kanye West. The drumbeat isn't rocky, with Rage Against the Machine riffs underneath. We’ve mixed a lot of things in this track, with a bit of electronica; it’s different, slow, quite funky." Speaking about the album with NME, Bellamy said, "I was going out dancing in clubs around New York. That helped create tracks like "Supermassive Black Hole". Franz Ferdinand would have done it very well, with that dance type beat going on mixed with alternative guitar and I've always wanted to find that." The different style has met mixed reactions, and resulted in numerous comparisons, often tongue-in-cheek, of the main riff to those of Cameo's 1986 single Word Up! and Britney Spears' 2004 Do Somethin'. Music video The single's accompanying promotional video shows the band playing in a small furniture shop, clad in masks. This is intercut with images of dancers in Zentai suits which are then unzipped at the end to reveal beings made of space. The video was shot by Floria Sigismondi, who is also known for directing music videos for bands such as Marilyn Manson, The White Stripes, Interpol and The Cure. Remixes and covers The "Phones Control Voltage mix" of the song was released as the B-side on the vinyl single of Starlight. On the game FIFA 07 there was also an alternative version of the song, which features slightly different guitar and vocals to the original. The song was covered by English Progressive metal band Threshold on the limited edition digipak of their 2007 album Dead Reckoning. Chart performance The song has been one of their most successful. It gave them their highest singles chart entry, selling 24,104 in its first week (downloads and physical). In total it has sold over 85,000 and was the 84th best selling song of 2006 in the UK. The song went for adds on US radio at the end of April 2007. Its early supporters were S021 (Sirius Satellite Radio), KITS (San Francisco), and WFNX (Boston). By mid-May, many stations, including WBTZ (Burlington, Vermont), KJEE (Santa Barbara), S021, and WFNX, were supporting it. The song reached #6 on the US Modern Rock Tracks chart, making it the second highest charting Muse single in the US behind "Starlight". By early June, it was supported by 41 US alternative rock stations and also grew to receive major support from WEQX (Albany, New York) and WHTG (Monmouth/Ocean, New Jersey). By late July, support for the song had spread to 63 US alternative rock stations, with this number rising to 72 by mid-August. This song was made available as downloadable content for Guitar Hero 3. This song was featured in the 2008 movie, 'Twilight' based on the books by Stephanie Meyer. It is also available on the widely popular soundtrack for that movie.