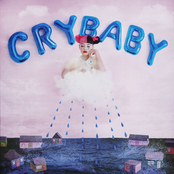 “Carousel” exemplifies a love that goes in circles—Melanie sings about chasing after someone that she can never truly reach. This is the “first love encounter" on "Cry Baby", making her situation even more frustrating when she realizes she cannot move forward or grow in this relationship. In an interview with Billboard, Melanie said: "'“Carousel” is about my feeling in love with someone and being stuck on the same ride and trying to grab them but I never reach them.'" The official music video was filmed at a carnival in Melanie’s hometown of Long Island. It premiered on BuzzFeed on October 15th, 2014, “[bringing] the love-song-gone-wrong’s carousel metaphor to life.” “Carousel” was a single from Melanie’s first EP, "Dollhouse", and later appeared on her debut album, "Cry Baby". This song is famously known for being featured in a trailer for the fourth installment of FX’s anthology series, “American Horror Story: Freak Show,” with the theme also being a riff on the song. The story and illustration for this song appears on the ninth page of the "Cry Baby" storybook.