[Verse 1: Drake]
Back home, smokin' legal (Legal)
I got more slaps than The Beatles (Beatles)
Foreign shit runnin' on diesel, dawg
Playin' with my name, that shit is lethal, dawg (Who you say you was?)
Don Corleone
Trust me, at the top it isn't lonely (Strapped)
Everybody actin' like they know me, dawg
Don't just say you're down, you gotta show me (What you gotta do?)
Bring the clip back empty (It's empty)
You asked to see the boss, so they sent me, dawg (Sent me, dawg)
I just broke her off with a 10-piece, dawg (10-piece, dawg)
That ain't nothin', I'm just bein' friendly, dawg

[Chorus: Drake]
It's just a lil' 10-piece for her
Just to blow it in the mall, doesn't mean that we're involved
I just... what? I just... uh, put a Richard on the card
I ain't grow up playin' ball, but I'll show you how the fuck you gotta do it
If you really wanna ball 'til you fall
When your back against the wall
And a bunch of niggas need you to go away
Still goin' bad on 'em anyway
Saw you last night, but did it broad day

This triumphant reconnection between Meek Mill and Drake is about flexing their wealth and “Going Bad” on women and their enemies. This is their first collaboration since 2015’s “R.I.C.O.” In July 2015, Meek called out Drake on Twitter. He most notably accused Drake of not writing his own raps, specifically his verse on “R.I.C.O.” Drake subtly responded to Meek’s accusations on “Charged Up” before unleashing his vicious diss track, “Back to Back.” Following these songs, the two would go on to take numerous shots at each other on wax. Meek and Drake officially squashed their beef on September 8, 2018, when Drake brought Meek on stage during the Boston show of the Aubrey & The Three Migos Tour. However, in an interview with BigBoyTV, Meek revealed that he and Drake had been in contact for about a year before their public reconciliation. The song’s mafia-inspired music video was released on February 7, 2019. It was directed by Kid Art and features cameo appearances from a plethora of artists and other celebrities. 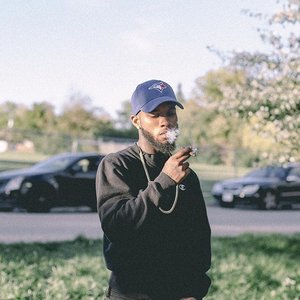