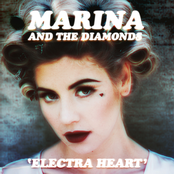 Valley of the Dolls

Marina - Valley of the Dolls

[Verse 1]
In the valley of the dolls, we sleep
We sleep
Got a hole inside of me
Of me

[Pre-Chorus]
Born with a void
Hard to destroy with love or hope
Built with a heart, broken from the start
And now I die slow

Valley of the Dolls is a song by Welsh singer-songwriter MARINA and is the tenth track on her second studio album, Electra Heart.' The song was written by Marina, Devrim Karaoğlu and Rick Nowels, and produced by Karaoğlu and Nowels. Valley of the Dolls is a 'Housewife' song, along with Lies, and Su-Barbie-A. Inspired by both the film of the same name and her time living in Los Angeles (which she noted can be "such an empty place"), Diamandis described the song as being about "the void—the emptiness every person in their life at some point...though some people feel it more than others". The song was the final song written for the UK edition of the album, and the second-to-last song written for the US edition after the last minute addendum of How to Be a Heartbreaker. Therefore it was written after October 2011, when Primadonna was written.