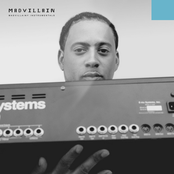 How Doom hold heat, and preach non-violence?
Shh, he 'bout to start the speech, c'mon, silence
On one scary night, I saw the light, heard a voice
That sound like Barry White said, "Sure you're right"

Don't let me find out who tried to bite
They better off goin' to fly a kite in a firefight
During tornado time with no coat then I caught ya
Wrote the book on rhymes, a note from the author

With no head shot, he said it's been a while
Got a breadwinner style to get a inner child up in to smile
And that's no exaggeration, the doctor told a patient
"It's all in your imagination Negro"

Ah, what do he know? About the buttery flow
He need to cut the ego, trippin', to date the
Metal Fellow been rippin' flows, since New York
Plates was ghetto yellow with broke blue writing

This is too exciting
Folks leave out the show feelin' truly enlightened
They say, "The Villain been spittin' enough lightning
To rock shock the Boogie Down to Brighton, " aight then

How Med hold heat like Clint East is reborn?
Lethal with more holes than a dartboard
Haters watch him, Hennessey double shot drink
Like the answer to the problem's at the bottle's bottom

Uh, from the [Incomprehensible] that homey pay how you owe me
My niggaz take no like Kobe
Even with the the arms of the Hawk, you couldn't hold me
From gettin' mines, stogies be rolled, smokin' and gettin' by

Thanks to rap I ain't got a dime
Got me sneakin' out of checkout lines with bottles by the waist side
Yeah, smack 'em in the face, let 'em taste pride
Face trial, end up washed up like the shorelines

Do or die ride, how the dead return
Street turns, keep me in this dirt, like an earthworm
What he spit hits and grows, will brothers ever learn
Worth a word, chat with a nerd, meeting adjourned

Based around a piano riff sampled from the Bill Evans Trio, “Raid” is brilliantly simple, yet effective in its production. Fast-paced, light, and jazzy the track sets the perfect tone for DOOM and M.E.D. to drop some powerful, high-energy punchlines. “Raid” is one of the few tracks with an actual feature on the album, as most other rappers featured on the project are actually derivative characters of DOOM and Madlib. 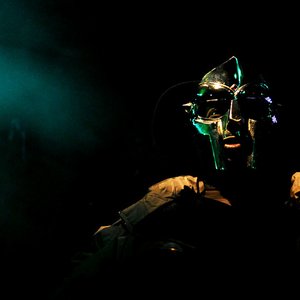