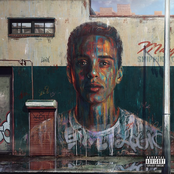 [Verse 1]
Livin' life like this
Gotta paint a picture when I write like this
Tales from my hood, not a sight like this
Where they up to no good on a night like this
And they murder motherfuckers just 'cause
Type of shit I see, you probably wonder where I was
I was in the crib, just sittin' on the rug
Basedheads comin' through lookin' for the plug
Now, born and raised in my area
Beautiful by day, by night it's hysteria
Fuck around and bury ya tonight
Ridin' with my homies on sight
Momma tell me to come in at night
Now I really gotta go, but they never know
Livin' life to the fullest, I gotta blow
Po-po finna bust in the door, we got blow in the crib
In the kitchen over there next to the baby with the bib
Goddamn, what it feel like, middle of the night
Wakin' up, scared for my life
Never had the heat, just a knife
When the gat go blat like that
Guarantee you it’s a wrap
Finna put you on your back like that
Just breathe, while their mama grieve
Bullet to the dome like an Aleve
Gotta leave for the premises, to murder my nemesis
No, no, uh, uh, just stop, stop, stop
‘Fore they even call the cops
Do it for the money and the bitches
And the drugs and the props
Tell me why another body even gotta drop
Get shot off top for some shit that was gang related

“Gang Related” is the fourth track from Logic's debut studio album Under Pressure. This song samples “Carrot Man” by Sepalcure, and “Mad Crew” by KRS-ONE. Thematically, the song explores the fear and desperation that pushes so many urban youths into gang culture. Logic writes from his perspective as a child in the first verse, then takes the role of his older brother in the second verse. “Gang Related” was certified gold by the RIAA on February 9, 2018. ""Gang Related." This song, man, this song means a lot to me. It's, first and foremost, another one produced by 6ix again, um, and it was just, it was something I wanted the world to know. You know, the duality of man, you know, uh... Being raised in a household full of drugs, guns, violence, um, just all that, but not letting it effect who you are, because on the first verse, I'm rapping from the perspective of little Bobby, me, who I am, just- you know, that little kid in that house and all the things that he witnessed and on the second- uh, on the second verse, I'm rapping from the perspective of my brother, someone who was in the streets and running around, and you know, maybe doing things that he shouldn't have done at the time So for me, it was like showing you what can come from the same household. You can go left, or you can go right. I think a lot of people go that traditional route, when you're raised around- um, these things that can touch you. In a negative way, I think. For me I just saw it as a very positive, and decided to do my best not to go down the same route as a lot of my family members, unfortunately. Uh, so this is basically just the story of possibility. Uh, of what can come, and what can happen and my rendition, if you will, of stop the violence, you know, it's also sort of an homage to KRS-One as well, that's why I threw his vocals in there. Um, but yeah, I just wanted people to know what happens where I come from in Maryland, as beautiful as a place it is, its also a dark place, and I think that's everywhere you go in the world. Um, you know, me not going down that route that my brothers did, hence the title "Gang Related," um, and yeah, that's it." 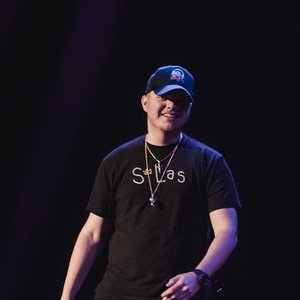