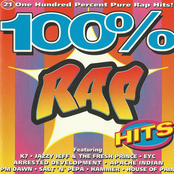 [Intro]
Turn you to a dancer
Yeah
Internet Money, bitch

[Chorus]
I got black, I got white, what you want?
Hop outside a Ghost and hop up in a Phantom
I know I'm ’bout to blow, I ain't dumb
They try to take my flow, I take they ass for ransom
I know that I'm gone
They see me blowin’ up, now they say they want some
I got two twin Glocks, turn you to a dancer
I see two twin opps, leave 'em on a banner
And I got two thick thots, wanna link the gang, yeah

[Verse]
I got red, I got blue, what you want?
The Chanel or Balenciaga, Louis and Vuitton
She know I got the Fendi, Prada when I hit Milan
I needed me a die or rider, I need me the one
I started from the bottom, you could see the way I stunt
I want all the diamonds, I want that shit to weigh a ton
The opps, they tryna line me 'cause they hate the place I'm from
But them niggas don't know me, they just know the place I'm from
I got lots of shawties tryna pull up to my place
But you ain't want me last year, so just get up out my face
They all up in my inbox, so I know they want a taste
I know they want my downfall, lil' nigga, are you laced?

On “Ransom,” Lil Tecca shares some braggadocious lines about his newfound fame and the lifestyle it implies—he boasts about his luxury vehicles, designer clothes and his women. The track was long-awaited by fans as it was previewed multiple times by the artist throughout his social medias before its initial release on May 22, 2019. The track released alongside a music video, directed by Cole Bennett of Lyrical Lemonade. "When I recorded “Ransom,” I was in L.A. It was probably 11:00, I think, and I heard the beat. I heard the beat drop. I was like, “Whoa. Yeah, this is in a whole different universe.” I wrote that song just line by line, but the whole concept of it was just freestyle, but I just put words to it. That was the last song I did there. After that, I freestyled everything. I started freestyling on my songs after I seen Juice WRLD do it. Then, I was like, “This is hard.” Then, I just tried and then made a few songs out of it that I like, and I kept trying it." "I don’t know how I even came up with that name. I just kept writing. Then, usually, I don’t pick the name of the song until after the song, so I kept going, I kept listening to it, “What should I name it? What should I name it?” And then I heard me say “ransom” and I was just like, “Ransom.” Yeah." "“Ransom,” was inspired by just I don’t care what no one else thinks. You feel me? I don’t care what no one thinks anymore. I’m just going to do me now. You feel me? If people like it, they like it. If they don’t, they don’t. I like it."