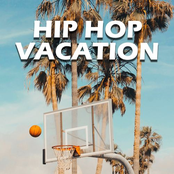 [Chorus]
When your wrist like this, you don't check the forecast
Every day it's gon' rain, yeah
Made a brick through a brick, ain't whip up shit
This pure cocaine, yeah
From the streets, but I got a little sense
But I had to go coupe, no brain (Coupe, no brain)
Ain't worried 'bout you, I'ma do what I do
And I do my thing (Do my thing)

[Verse 1]
Bought her brand new shoes, told her kick rocks
Don't stand too close, diamonds kickbox
Think red means go so I don't stop
I know they wish they could catch me, but keep wishin'
You think I done turned into a fiend for these bitches
Tryna stuff as much as I can in these britches
Made your bitch fuck on my friend, it's no difference
I ain't never popped no Xan, I sip sizzurp
If I ever have to tell on the gang, I won't do it
If I put it on a song, I seen it or been through it
I can't put it in my song, I know how the feds move
Scream free all of the ahks but I ain't no FamGoon
Gave my mama ten bands, sent her to Cancún
Got the crowd goin' dumb but I ain't no damn fool
If I went in there and did it and made it, you can too
We done came a long way from broke and sharing shoes