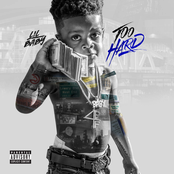 [Intro]
DaVinci
Yeah
Shot a ho, I'll go see him, I ain't no tired ho, 4PF
Know what I'm saying? It's time to put this up
Yeah

[Verse]
Shoutout my label, that's me
I'm in this bitch with TB
I'm in this bitch with 4 Trey
I just poured up me an eight
Real nigga all in my face
Five hundred racks in my safe
Five hundred racks to the plug
What you know 'bout showin' love?
What you know 'bout pullin' up in Bentley trucks?
Make these bitches fall in love
All of my niggas on go
None of my niggas no hoes
All of my niggas want smoke
All of my niggas together
We came from the bottom, we used to wear each other's clothes
None of my niggas gon' fold
Couple pussy niggas told
They ain’t my niggas no more
Hold it down for the four
In the nine with the woes
Marlo my dawg, that's for sure
We won't fall out about shit
Specially not 'bout no bitch
We ain't gone fall out 'bout hoes
Me and Ced get them loads
We let 'em go for the low
I got my hood in control
I got my left wrist on froze
I got my right wrist on froze
I got my necklace on froze
Both of my ears on froze
I been gettin' faded, I'm sippin' on maple
If she won't fuck, I won't make her
I don't like bitches with makeup
If she want titties, I pay for 'em
Get outta there when I wake up
I pass the ball, I don't layup
I'm a big boss, I got say so
They'll wipe you down if I say so
Dracos, on Dracos, on Dracos, on Dracos
.40's, on .40's, on .40's
I just bought me some new water
Wetter than Katrina, shoutout New Orleans
I made a promise my niggas gon' ball
Hard in the paint, change my name to John Wall
Geekin' off trees like a leaf in the fall
Find a new plug then we takin' em all
Pull up in a brand new Benz truck
Hop out fresher than a menthol
Lil nigga, but I'm big dawg
All I gotta make is one call
Hit a nigga block, took off
Cross a nigga up, Hot Sauce
Ooh, I got 'em mad, my fault
Talkin' 'bout the shit that I bought
Poppin' these Percs, I done turned to a savage
Hundred racks stuffed in the mattress
Hundred racks stuffed in the attic
Hundred racks stuffed in the sofa
These niggas play gangster, but they won't approach me
I know they'll never approach me
They know that they'll catch a bullet
I rock the gang to the fullest
I run with some real ones, I don't hang with no pussies
I ain't no killer, don't push me
I see how you niggas be lookin'
I hope you don't think you no bully
I'm livin' the life, I should star in a movie
Ridin' in a Vert with an Uzi
12 get behind me, I lose 'em
They tryin' guess what I'm doin'
They tryin' guess who I'm screwin'
That ain't even they business
They ain't wanna fuck with me
Now they see a nigga drippin'
Now they wanna fuck with me
They can't get in touch with me
Hardly ever in the city
They just know I'm gettin' bigger
They just know a nigga busy
I been runnin' up them digits