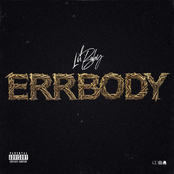 [Chorus]
I'm firin' at everybody
Helicopter the middle of the hood, I'm flyer than everybody
All this fame these niggas be chasin', I swear I don't care 'bout it
Boy, you play, you gon' die front of everybody
Leave some blood on the street, buy some red bottoms
Caught an L, but I wish that they headshot 'em
Free my nigga Longway, yeah, the feds got him

[Verse 1]
I used to pray for a plug who gon' go out the way
And come back with a lot of them bitches
I used to dream about condos when we leavin' Lenox
Now I stay on top of them bitches
I wouldn't give a damn if he ran him up a whole billion
I still wouldn't acknowledge the nigga
He put my name in a song, what the fuck is he on?
I don't care, boy, we gotta go get him
House big as fuck in the middle of nowhere
I dick her down, I don't care what my ho wear
I made Lil' Cam spin the block on a four-wheel
Nah, for real, spin the block on a four-wheel
Five million dollars, for me, that ain't no deal
I done made that times six in like three years
Off this rap shit, I can't even talk about this trap shit
I just hope they can take it, I keep me a stallion like Megan
A residency out in Vegas
Might fly to L.A. and go fuck with LeBron and the Lakers
Come back to Atlanta with Jayda
Bruh told us to take care of the neighbors and stack all the paper
Whatever we want, buy it later
I know how to shit on a hater and handle the business
Whatever God give me, I'm grateful