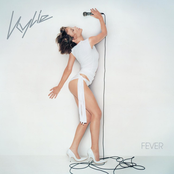 Come Into My World

Kylie Minogue - Come Into My World

Come, come, come into my world
Won't you lift me up, up high upon your love

So won't you
Come, come, come into my world
Won't you lift me up, up high upon your love

So free your love
Hear me, I'm calling

Oh won't you
Come, come, come into my world
Won't you lift me up, up high upon your love

Oh won't you
Come, come, come into my world
Won't you lift me up, up high upon your love

Come into My World was the fourth and final single from Kylie Minogue's 2001 album, Fever, released in 2002. It won the 2004 Grammy Award for Best Dance Recording. The accompanying video features Kylie strolling around a city block within the Boulogne-Billancourt suburb of Paris, France. Each time she completes a circuit of the area, a new Kylie emerges from one of the stores (which is in fact the 'old' Minogue, that did the circuit the first time around), and each of the people in the background are also duplicated in slightly different positions. By the time the video concludes there are four unpertubed Minogues amidst an extremely chaotic scene with each background extra also depicted four times. The video ends as a fifth Minogue emerges. The video was directed by Michel Gondry and updated a concept that he had used in Neneh Cherry's Feel It music video. It bears noting that the video is also similar to a past video, Did It Again, where there were four Minogues. The video was filmed on September 8, 2002 with 50 extras on hand, including actor Sacha Bourdo. It took over fifteen takes to create the desired effect. Fifteen days were required for the video's special effects. The video placed at #3 in a countdown of greatest music videos in Channel 9's countdown show 20 to 1. The video was directed in Paris on October 21, 2002. In November 2002, the single debuted and peaked at number eight on the UK Singles Chart and number four on the Australian ARIA Chart. The song has been certified Gold in Australia. In early 2003, the song reached number 91 on the Billboard Hot 100 and number 20 on the Billboard Dance/Club Play chart. The song also charted in the Top in many other countries including South Africa, Slovenia, Israel, Singapore, Romania, Russia and it hit number-one also in Mexico[1].

Related Tracks
Kylie Minogue - Love at First Sight
Kylie Minogue - On a Night Like This
Madonna - Ray of Light
Madonna - Sorry
Dannii Minogue - I Begin to Wonder
Sophie Ellis-Bextor - Catch You
Sophie Ellis-Bextor - Get Over You
Gwen Stefani - What You Waiting For?
Girls Aloud - The Loving Kind
Britney Spears - Piece of Me
Janet Jackson - All for You
Britney Spears - Toxic
Sugababes - Round Round
Gwen Stefani - Wind It Up
Lady Gaga - Heavy Metal Lover
Lady Gaga - Dance in the Dark
Jennifer Lopez - Waiting for Tonight
September - Cry For You
Róisín Murphy - You Know Me Better
Janet Jackson - Feedback
Girls Aloud - On the Metro
Cher - All or Nothing
Shakira - She Wolf
Kelly Rowland - Work (Freemasons Radio Edit)
Christina Aguilera - Not Myself Tonight