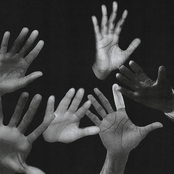 “The Heart Part 5” is the fifth installment of Kendrick Lamar’s “The Heart” series of tracks. It serves as a promotional single for Mr. Morale & the Big Steppers, Lamar’s fifth studio album. The track’s existence was first teased on April 19, 2022, when Lamar’s website, oklama.com, was updated with a page entitled “theheart.” This page linked to a large amount of draggable tan folders with one black folder, which was labeled “important,” being hidden within the mass of folders. On May 7, 2022, the song was accidentally teased by Spotify through an updated description for the “This is Kendrick Lamar” playlist, but the description was quickly taken down minutes later. On May 8, 2022, at 5 P.M. (Los Angeles time) the song was officially released alongside the music video. The visuals see Kendrick performing in front of a red wall before making several transformations into other famous Black figures using deepfake technology. In order of appearance, they are Kanye West, Nipsey Hussle, Will Smith, Jussie Smollett, O.J. Simpson and Kobe Bryant.