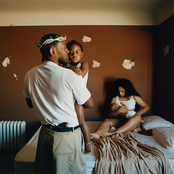 In “Silent Hill”, Kendrick Lamar recruits Florida native Kodak Black for a mellow vibed trap song where the artists rap about their money, their life problems, and thereof having fake friendships. Hours prior to the song’s release, rumors of Kodak’s appearance on "Mr. Morale & The Big Steppers" had begun to circulate, however, it wasn’t confirmed until its official release. The song’s title, “Silent Hill” could be taken verbatim — in songs such as “Savior,” Kendrick makes mention of silence as a mechanism for his individual mental health and explicitly cites a “valley of silence.” The song’s title could again present the connotation behind Kendrick’s lyrics as he speaks about his individual silent integrity. Silent Hill is also the name of a famous survival horror game franchise, created by Konami. Kendrick could also be comparing the horror of his outcome to the fictional horror of the series.