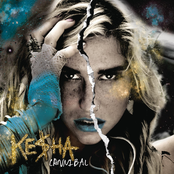 "We R Who We R" is a song by American recording artist and songwriter Kesha from her first extended play (EP), Cannibal (2010). The song was released as the EP's lead single on October 22, 2010. It was written by Kesha, with Jacob Kasher Hindlin, Dr. Luke, Benny Blanco and Ammo. Production of the song was completed by Dr. Luke, Blanco, and Ammo. According to the We R Who We R Songfacts, Ke$ha penned this pride anthem in the wake of news of a series of suicides by gay youngsters caused by bullying. “I wanted to inspire people,” she told Entertainment Weekly, “to be themselves. It’s a celebration of any sort of quirks or eccentricities.”