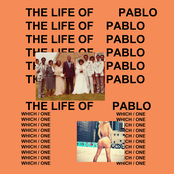 The Life Of Paul

[Verse 1: Kanye West]
My wife said, I can't say no to nobody
And at this rate we gon' both die broke
Got friends that ask me for money knowin' I'm in debt
And like my wife said, I still didn't say no
People tryna say I'm goin' crazy on Twitter
My friends' best advice was to stay low
I guess it's hard to decipher all of the bills
Especially when you got family members on payroll
The media said it was outlandish spendin'
The media said he's way out of control
I just feel like I'm the only one not pretendin'
I'm not out of control, I'm just not in their control
I know I'm the most influential
That TIME cover was just confirmation
This generation's closest thing to Einstein
So don't worry about me, I'm fine
I can see a thousand years from now in real life
Skate on the paradigm and shift it when I feel like
Troll conventional thought, don't need to question
I know it's antiquated so sometimes I get aggressive
Thank God for Jay Electra, he down with the mission
Did it with no permission, on our own conditions
Most blacks with money have been beaten to submission
Yeezy with the big house, did it way different
Never listen to Hollywood producers
Don't stare at money too long, it's Medusa
The ultimate Gemini has survived
I wasn't supposed to make it past 25

“Saint Pablo” addresses Kanye’s deepest thoughts and insecurities, namely the $53 million dollars of debt he mentioned before the release of The Life Of Pablo, Twitter controversies, and media speculation over his mental health. The song premiered on February 23rd during Yo Gotti’s The Art of Hustle listening party at L.A.’s 1OAK a week after the release of The Life Of Pablo. The song leaked online on March 31, 2016, and temporarily appeared on Apple Music further fueling the idea the song would get a full release. It was officially added to The Life of Pablo as track 20 on June 15th, 2016, the same day Kanye announced the Saint Pablo Tour. Producer Mike Dean confirmed that he produced the track along with Kanye on the KanyeToThe.com forum. Hip-hop fans will recognize the distinctive metallic clang sound sampled from Jay Z’s 1997 ”Where I’m From.“