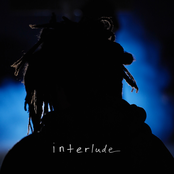 [Verse]
I be comin' in peace, but fuck me
Best beware of the others
This shit deep, undercovers creep
This Southern heat make unbearable summers
Just last week, seen yo' mama weep
Crying 'cause she don't wan' bury your brother
The blood lеaks while the EMTs
Gotta carry her baby likе surrogate mothers
Woah, thank God we survived around where the terrorists hovered
Though traumatized, wouldn't trade it for nothin'
Through hard times, it was there I discovered
A hustle and makin' the best out the struggle
I kept grindin' 'til this day, up a level
Respect mine, gotta stay out of trouble
'Cause TEC-9s like to air out rebuttals
Cole World, niggas knowin' what it is
Just in case they don't, I show 'em what it is
This summer, I do real numbers
Couldn't dare touch it if they sold a double disc
Block hot, niggas burnin' up the street
Shots poppin' and we heard it up the street
It's a war, niggas runnin' up the score
Jesus said that you should turn the other cheek
Was his niggas gettin' murdered every week?
Dead bodies, smell the odor in the street
My homie' homie got out on parole
He sold more Coca-Cola than the soda industry
Summertime bring the coldest winter breeze
Hella blues like the Rollin' 60s
Christ went to Heaven age thirty-three
And so did Pimp C and so did Nipsey

“​i n t e r l u d e” is the first single from J. Cole’s sixth studio album "The Off-Season". On the brief track, Cole speaks on his come-up and his presence at the throne of the rap game. The proclaimed interlude has a single verse that covers topics ranging from personal trauma and pain to death to religion. Cole revealed the song’s ensuing release and cover less than eleven hours before it dropped. The post’s caption read: “Told myself I would drop the album all at once. Sometimes you gotta say fuck it tho. New song tonight. 12 o’clock.“