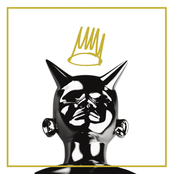 [Verse 1: J. Cole]
Okay, back when I was sleeping in my mama crib
Or even back when I was up there in Mohammed crib
Paying seventeen-hundred for the rent, money well-spent
No heater, but a nigga made heat, may I vent?
Had a thing for ya, even wrote the song "Dreams" for ya
‘Cause I had dreams for ya, thoughts of a ring for ya
Childish shit, you know child and shit
Anonymous flowers sent, you know coward shit
Now a nigga signed to Hov, took a power trip
Back home, I'm grown now, and the city's my throne now, huh
The same clubs that I used to get tossed out
Life got Kriss Kross'd: totally crossed out
‘Cause now I'm in this bitch and I'm totally bossed out
Old chicks crying ‘cause they know that they lost out
But I'm still on you, I'm still on you
My drink spill on me, while I feel on you, I'm sayin'—

"Power Trip" is a song by American hip hop recording artist and record producer J. Cole featuring American singer Miguel. It was released on February 14, 2013 as the lead single from J. Cole's second studio album "Born Sinner". The song was written and produced by J. Cole himself, with Hubert Laws receiving songwriting credits for the sampling of his song "No More". The single marked the second collaboration between Cole and Miguel, following their moderate hit single, "All I Want Is You". Soon after releasing a five track extended play titled "Truly Yours", Cole released "Power Trip" on Valentine's Day. When asked about the single, Cole explained: "The most exciting part about that song ['Power Trip'] and the reason why we went with it is that it sounds like nothing that's out. It was between that, and this other record that's like, maybe a bigger record, but 'Power Trip' had that newer sound. Like with 'Power Trip,' absolutely you couldn't point to any song on the radio and be like, 'Oh, this sounds like that'…everything from the beat to the way that I'm flowing, you've never really heard me so "sleepy". I really did them verses in my crib and just loved the way they felt." Cole originally sang the song's chorus himself, until a meeting with Jay-Z, who suggested that Cole reach out to Miguel. When J. Cole played it for Jay-Z, his first words were, 'Yo, you should get Miguel on this,'" Cole recalls. The hip-hop/R&B song is a continuation of his song "Dreams" from his mixtape The Warm Up, in which he obsesses over the girl and devises his plan to kill her boyfriend. J. Cole speaks about his "longest crush ever". He later stated his hopes for the song: "I've always wanted to use my voice to shift culture, even if just a millimeter." The song debuted at number three on the US Billboard Hot R&B/Hip-Hop Songs chart, selling 210,000 units, according to Nielsen SoundScan. It took off online as well, skyrocketing to more than 300,000 plays on Cole's SoundCloud page in less than a day. The song was sent to urban contemporary radio on February 19, 2013. The song has since peaked at number 19 on the US Billboard Hot 100, marking his second top 20 single in the US, and number 46 on the UK Singles Chart, becoming his highest-charting single there. The song also became a top five hit on the US Hot R&B/Hip-Hop Songs chart and the US Rap Songs chart, peaking at number five and number three, respectively. On July 15, 2013, the single was certified platinum by the Recording Industry Association of America (RIAA) for sales of over a million digital copies in the United States. In an interview on March 3, 2013 with radio personality Big Tigger, J. Cole said the visual to his new single "Power Trip" will be shot next week in his hometown of Fayetteville, North Carolina. The video treatment will be J. Cole's very own idea, which he mentioned in a previous interview that the idea came to mind as he was creating the song.[20] On April 8, 2013, along with announcing the release date for Born Sinner, he announced that the video for "Power Trip" would be released the following day, which it was on April 9.[21][22] J. Cole served as creative director on the video, and it was shot and directed by Nabil Elderkin and Mike Piscitelli.[23] The video begins with a strip-club scene, and then it follows J. Cole and one of his friends as they wait outside of a girl's house (Dinah Sade) – clearly the one who he has been up all night pining about with "constant drinking and love songs." Soon, we learn that this tank-top-clad girl has a boyfriend: Cole's collaborator, Miguel. As that sequence fades away, we are left to wonder where Cole and his friend are driving to and why there are pieces of wood and plastic bags tied to the top of their car. A suspicious cop pulls them over, but finding nothing besides a shovel in the trunk, he lets them on their way. It is not until the duo finally park in the woods and remove the items from the top of the car that we understand the rapper's obsession has actually led to murder.