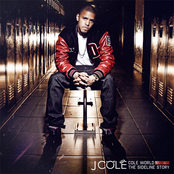 [Verse 1]
Angel eyes, long hair, I see you cryin'—what's wrong there?
He did what? He fucked who? We know the story—what's new?
See I could probably rush you, tell you that he shoulda loved you
Take advantage, fuck you, tell you I'll do all the shit he wouldn't do
But the truth is, we all the same, on different teams, but it's all a game
The objective, tryna score, you got a wife, you find a whore
You fuck her fast, she find her drawers, pull up her pants, you find the door
You drive her home, she mop you off, you bust again, and drop her off
Then repeat like an episode; why we cheat, I'll never know
Is it cause we rap? Heavens no, lotta niggas rap though, never blow
Like heterosexuals, girl you fine, from head to toe
Could it be cause my father let me know that he cheated and somehow
I never told, I never told

[Interlude 1]
Father: Hey you wanna be a man?
Son: Yeah I wanna be a man
Father: A man don't run and tell his mama everything he see
Son: I ain't gon' tell
Father: Alright, alright then man, be a man then
Son: Alright
[Verse 2]
Ok, that's what it is, I see the game, the hoes come, the seasons change
The hoes go, we rearrange, fuck up her life, she'll never be the same
The OG's that beat the game, forever young, Peter Pan
35? Still playing; Child support? Still paying
Juggling, bill paying, been running round, field daying
Wine and dine, meal paying, with hopes that she'll lay in
The bed and, get wet then, give head then, you bet man
The same girl who said we just met man, game colder than the fucking dead man
One night stands, no best man, no bridesmaids or Reverends
'Cause Wolverine's depressed and don't wanna be your ex-man
'Cause Cupid aims and throw the darts, there go the sparks and broken hearts
Who wanna build Noah's Ark just to have that shit torn apart?

[Interlude 2]
Wife: You know what? I need to talk to you
Husband: About what?
Wife: I don’t think this is uh, working out for us
Husband: Why?
Wife: I mean, I need some space. I mean no, I just wanna find myself, that’s all
Husband: What the fuck?!”
Wife: You know?