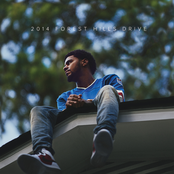 [Verse 1]
Since a youngin' always dreamed of gettin' rich
Look at me my nigga
Fantasize about a white picket fence
With some trees my nigga
Used to want a Pathfinder with some tints
That's all I need my nigga
Throw some 20's on that bitch and get it rinsed
But now I see my nigga
That the world's a lot bigger ever since
Picked up the paper
And they say my nigga Eddie caught a body, I'm convinced
Anybody is a killer, all you gotta do is push 'em to the limits
Fuck being timid in the Civic
Politicin' with the pushers and the pimps
I'm tryna write a story, can I get a glimpse?
Yeah, can I get a glimpse?

"A Tale of Two Cities" is a novel by Charles Dickens, set in London and Paris before and during the French Revolution. Some of its major themes–rebellion, conflict between rich and poor, coming to political consciousness–hover in the background of J. Cole’s song. He is telling a story of one city, but from two different perspectives. Both characters are young men who want to escape the city and be more fortunate, but they try to achieve this by different means. In the first verse, he’s an adolescent viewing all of the negativity and trying to become a successful writer of some sort, while in the second verse he’s a peer indulging in all of the negatives, robbing people and selling drugs. In the second chorus it is revealed that the person who robbed the person from verse one in the first chorus is actually the person from verse two. During an interview with Tavis Smiley, Cole explains that the song compares the two sides of Fayetteville; the affluent area of "Forest Hills Drive" where he currently resides, opposed to the impoverished crime-ridden inner city. It’s a topic Cole has touched on before, most notably on the Friday Night Lights cut, “2Face”: "Yeah I seen heaven, seen hell The two faces of the Ville One side dreams, the other sides real One side schemes, the other side deals."