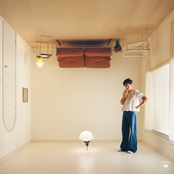 “Daylight” is the fifth track off Harry Styles' third studio album "Harry’s House". Styles unveiled the song a day before its release at the Citi Concert Series for the TODAY show. The song focuses on a lover who pushed Harry away despite all his affection for her. In a May 2022 interview for the Howard Stern Show, the British singer declared that “Daylight” was written in a “stream-of-consciousness” style after ruminating on a relationship all night—the band stayed up until daylight to finish composing the song. Additionally, after numerous speculations, Styles confirmed to Howard Stern that the song had no connection to his former girlfriend Taylor Swift’s track “Daylight” from the album "Lover"—a song about finding a healthy new love after a period of toxic relationships. "You are reading too much into it. You know I’d love to tell you that you’re spot-on, but you’re not. We will always wonder." "We were like, ‘We have to find a way to stay awake and finish this, because if we all go to bed, then this won’t turn out the way it would if we finished tonight.’ So we powered through, finished it and went down to the beach as the sun was coming up and it was like, ‘Okay. Yeah.’ It felt correct that we’d finished it in that place. Life, and songs in particular, are so much about moments. In surfing, for example, sometimes you don’t get the wave and sometimes the wave comes and you haven’t practised. But every now and again, the wave comes and you’re ready, you’ve practised enough that you can ride it. Sometimes when the songs write themselves like that, it feels like, ‘Okay, there’s a reason why sometimes I sit out there, falling off the board a bunch. It’s for this moment." – via Apple Music