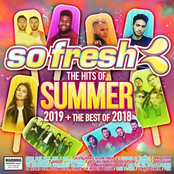 [Pre-Chorus]
I said I'd catch you if you fall (Fall)
And if they laugh, then fuck 'em all (All)
And then I got you off your knees
Put you right back on your feet
Just so you could take advantage of me

“Without Me” is the first song released by American singer Halsey since her 2017 album, hopeless fountain kingdom. It was released on October 4, 2018 through Capitol RecordsⓇ. It is a synthpop tune with prominent R&B instrumentals. The song was written by Halsey, Delacey, and Amy Allen; while being produced by Louis Bell. The song's bridge contains an interpolation of "Cry Me a River", with Justin Timberlake, Timbaland, and Scott Storch credited as co-writers. As of the week ending January 12, 2019, 'Without Me' peaked at #1 on the Billboard Hot 100. This marks her first number one single as a solo-billed artist. She previously hit the top spot with “Closer,” her 2016 collaboration with The Chainsmokers. In honor of the song hitting #1 on the chart, Halsey released a remix of the track featuring Juice WRLD.