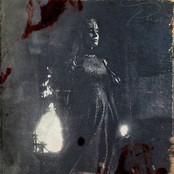 [Chorus]
I, I keep a record of the wreckage in my life
I gotta recognize the weapon in my mind
They talk shit, but I love it every time
And I realize

[Pre-Chorus]
"Come on, little lady, give us a smile"
No, I ain't got nothin' to smile about
I got no one to smile for, I waited a while for
A moment to say I don't owe you a goddamn thing

“Nightmare,” a song dedicated to young women, is Halsey’s first solo release from 2019, following hit single “Without Me”. Despite “Without Me” featuring on Halsey’s third LP, “Nightmare” is a stand-alone record. Lyrically, the track acts as a follow-up to “Devil In Me,” a track from 2017 album hopeless fountain kingdom, which discusses Halsey’s passive past. The track was officially announced following her show at Webster Hall in honor of previous album hopeless fountain kingdom. Around this time, Halsey added a new website to her social media bios, dedicated to the interpretation of nightmares. On the inspiration for the song, Halsey said: “I was thinking about the way my experiences relate to my fans. One of the things that a lot of myself, and a lot of my young female fans of mine have, is the experience of when someone is telling you to smile. At some point, some man will look at you say, ‘Ay, why don’t you smile? You’re so frigid. She would be so much nicer if she smiled. What a pretty face, you should just smile.’ And you’re like, ‘I don’t want to!’ If you don’t, then the narrative about you becomes, ‘Oh that girl’s such a nightmare. She’s so difficult, she’s such a nightmare.’ I used to not like that, and I was like, ‘Oh gosh, I don’t want anyone to think I’m a nightmare. I don’t want people to think I’m mean or rude.’ So I found myself in situations smiling when I didn’t want to smile or being nice to people who probably didn’t deserve it. Not anymore, I’d rather be a nightmare than a bunch of jerks get away with forcing me into some kind of complacency, or some kind of convenience or positivity because they want to see it. It’s for their own entertainment, and it makes them more comfortable. It doesn’t matter if you’re a famous person, or any person we can all relate to that experience."