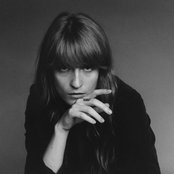 What Kind of Man

How Big, How Blue, How Beautiful (Deluxe)

"What Kind Of Man" is the first release off Florence + The Machine's third studio album,"How Big, How Blue, How Beautiful" (2015). The track was released on February 12, 2015. It was written by Florence Welch and Kid Harpoon and produced by Markus Dravs. The song is about a man who did [the artist?] wrong. The accompanying music video was directed by Vincent Haycock and choreographed by Ryan Heffington.