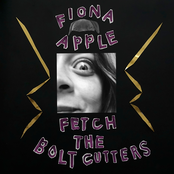 Jonathan had broken up with me, and I think I was expecting everybody to break up with me. If he didn’t want to work on things with me, and I know he loves me, then you guys aren’t going to work on things with me either. Because [the band and I] had this little argument and then they took some of their instruments away. I misinterpreted it as that they were pissed at me and that they weren’t going to come back. That was me sitting there going, “Aw, nobody loves me.” Amy didn’t actually take the drums from my house. She took them out, but it’s because she had a gig. I took it to mean everybody was mad at me. I picked up my phone after my band left, and I sang into it, “The drum set is gone, and the rug it was on is still here, screaming at me.” It’s the same thing I used to do when I was a kid. When I would walk home from school, there was a mirror when I walked in the door where we would hang our keys. I would open up the front door and just sing whatever came to my mind. I often found that would reveal what I was really thinking to myself and it would start me creating things. Nothing changed in the lyrics from what I sang into the phone, which is why the lyrics are not very poetic. Then we recorded it in one take. I was playing a chair, and we were all sitting in this one corner of my house. There’s a certain part where you can sort of hear me laughing because I’m playing the chair and Mercy comes up to me and starts kissing me while we’re recording. No one else would be able to hear it, but whenever I hear that song, I’ll be able to remember that moment. I really like how that song feels. If I didn’t hear the recording of the song and I just looked at those lyrics, I’d be like, “Oh, I’m not going to put this on my record, this is stupid,” because it was basically belched out. It really was. If I found the voice-mail I sang it into, there would be absolutely no changes in the lyrics. I may have sent a voice-mail to the band right away. I don’t even know if they addressed it because they know me, they kind of were like, “Yeah.”