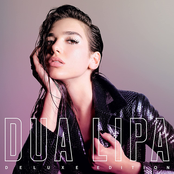 [Verse 1]
He calls me the devil
I make him wanna sin
Every time I knock, he can't help but let me in
Must be homesick for the real
I'm the realest it gets
You probably still adore me
With my hands around your neck

[Pre-Chorus]
Can you feel the warmth? Yeah
As my kiss goes down you like some sweet alcohol
Where i'm coming from, yeah
It's the darker side of me that makes you feel so numb

[Chorus]
Cause we're hot like hell
Does it burn when I'm not there?
When you're by yourself
Am I the answer to your prayers
I'm giving you that pleasure heaven
And I'll give it to you

[Verse 2]
You're my manna from heaven
We all gotta get fed
Can let me know I'm wanted
Can let me in your head
I'm not here to make you kneel
But it's praise that I'll get
You ain't gonna walk free boy
Not finished with you yet, no

[Pre-Chorus]
Can you feel the warmth? Yeah
As my kiss goes down you like some sweet alcohol
Where i'm coming from, yeah
It's the darker side of me that makes you feel so numb

[Chorus]
Cause we're hot like hell
Does it burn when I'm not there?
When you're by yourself
Am I the answer to your prayers
I'm giving you the pleasure of heaven
And I'll give it to you

[Chorus]
Hot like hell
Does it burn when I'm not there?
When you're by yourself
Am I the answer to your prayers
I'm giving you that pleasure heaven
And I'll give it to you

"Hotter than Hell" is a song by English singer Dua Lipa from her eponymous debut studio album (2017). It was written by Lipa and Ritual band members Adam Midgley, Tommy Baxter and Gerard O'Connell, with Stephen "Koz" Kozmeniuk handling the production. The song was released for digital download and streaming on 6 May 2016 through Dua Lipa Limited, as the album's fourth single. "Hotter than Hell" is a blend of many genres including dance-pop, disco, EDM, electropop, R&B-house, and tropical house, while also including dancehall elements. Lyrically, the song sees her taunting an ex-boyfriend who cannot resist her love. "Hotter than Hell" received mainly positive reviews from music critics, with many praising its tropical sound. It became Lipa's first entry on the UK Singles Chart, where it peaked at number 15. The song also charted in the top 40 of Belgium, the Netherlands, Poland and Slovenia. "Hotter Than Hell" has been certified gold by the Australian Recording Industry Association (ARIA), International Federation of the Phonographic Industry (IFPI Danmark), and platinum by the British Phonographic Industry (BPI) and Nederlandse Vereniging van Producenten en Importeurs van beeld - en geluidsdragers (NVPI), respectively. The music video for "Hotter than Hell" accompanied the song's release and was directed by Emil Nava. Filmed in a warehouse in London, the visual shows a dark party with several backgrounds and lighting, and features a disco ball. Lipa has promoted the single with live performances on The Tonight Show Starring Jimmy Fallon, RTL Late Night, and Sommarkrysset. Background and release In 2013, Lipa met Ben Mawson and Ed Millett of Tap Management while holding meetings with other management companies. After recognising her talent, Mawson and Millett set up writing sessions for her, during which "Hotter than Hell" was written. The song was written by Lipa alongside Adam Midgley, Tommy Baxter and Gerard O'Connell of English electronic band Ritual, with Stephen Kozmeniuk, Jay Reynolds and Tom Neville respectively handling the production, additional production and vocal production. The writing began with just keys and a kick drum, with no production behind it. Lipa was inspired by a relationship where her boyfriend made her feel like she was not good enough. Lipa originally intended to scrap the song after struggling to figure out the chorus. However, she began scrolling through Tumblr where she saw the words 'Hotter than Hell' written in red on a black background. She then thought, "What if he thought I was hotter than hell, and I just didn't want him?" The collaborators then changed the meaning as if Lipa had the upper hand and her boyfriend couldn't get enough of her. Lipa stated that writing the song was "very therapeutic" for her. "Hotter than Hell" was one of the first songs written for Lipa's 2017 eponymous debut studio album. It dictated what the rest of the album would sound like and when she figured out her dark pop genre. After hearing the song in 2015, Warner Music signed Lipa to a recording contract. Lipa first revealed that the song would serve as the fourth single from Dua Lipa in February 2016 in an interview with BBC. "Hotter than Hell" was released for digital download and streaming on 6 May 2016, through Lipa's independent record label, Dua Lipa Limited. It was serviced to contemporary hit radio formats in the United Kingdom and Italy. The track later appeared as the third track on Lipa's eponymous debut studio album, released on 2 June 2017. The song received several remixes, including ones by Miike Snow and Matoma. The Miike Snow remix slows down the tempo and warps its melody, as well as including a disco groove. Lipa stated that the remix "makes [her] wanna get up and dance" and Edwin Ortiz of Complex viewed it as "an equally satisfying performance that transports the original from the nightclub to a rooftop party in the city." For Billboard, Kat Bein stated that the Matoma remix is "for beach days in the burning sun and long drives in top-down convertibles." 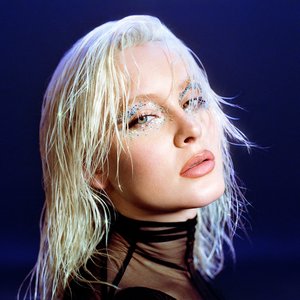