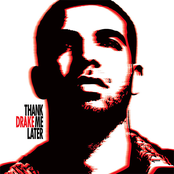 I know way too many people here right now
That I didn't know last year, who the fuck are y'all?
I swear it feels like the last few nights
We been everywhere and back
But I just can't remember it all

Bottles on me, long as someone drink it
Never drop the ball, fuck are y'all thinkin'?
Makin' sure the Young Money ship is never sinkin'
'Bout to set it off, set it off, Jada Pinkett
I shouldn't've drove, tell me how I'm gettin' home
You too fine to be layin' down in bed alone
I could teach you how to speak my language, Rosetta Stone
I swear this life is like the sweetest thing I've ever known
'Bout to go Thriller Mike Jackson on these niggas
All I need's a fucking red jacket with some zippers
Super good smiddoke, a package of the swishers
I did it overnight, it couldn't happen any quicker
Y'all know them? Well, fuck it, me either
But point the biggest skeptic out, I'll make him a believer
It wouldn't be the first time I done it, throwin' hundreds
When I should be throwin' ones, bitch, I run it (Ah)

I know way too many people here right now
That I didn't know last year, who the fuck are y'all?
I swear it feels like the last few nights
We been everywhere and back
But I just can't remember it all

"Over" is the debut solo single by Canadian rapper Drake. The lead single from his debut album Thank Me Later was written by Drake with Boi-1da, and produced by the latter and Al Khaaliq (Nick Brongers). The orchestral samples were composed and arranged by Brongers. The single was released for digital download on March 8, 2010. The song is midtempo hip-hop with an orchestral backdrop, whose lyrics concern an introduction to fame. Drake references the classic opening verse of “Hip-Hop” by Dead Prez. It peaked in the top twenty of the United States and Canada, becoming Drake's fourth consecutive top twenty hit in the U.S. It also charted within the top five on the U.S. R&B and rap charts, his fourth consecutive top five on those charts. The song also charted in the United Kingdom and its R&B chart. The song's accompanying music video features Drake reflecting on an experience, and the struggle between his old life and the new. Several artists have made a freestyle over the track, including Eminem, Trey Songz, and Diggy Simmons, among others. Drake performed the song a number of times, including at the 2010 MuchMusic Video Awards. The track received a nomination for Best Rap Solo Performance at the 53rd Grammy Awards. The song is also featured on the NBA 2K11 soundtrack. "Shut It Down" was originally planned to be released as the first single from Thank Me Later in late 2009, but Drake ultimately chose "Over", a song produced by Boi-1da, producer of his previous singles "Best I Ever Had" and "Forever". Drake chose to premiere the song on his hometown Toronto's radio station Flow 93.5. Drake did a lot of work for the song and the album in Jamaica. The song "touches on Drake reaction to fame and stardom"; Drake told MTV News that the song was "definitely" a choice of his for releasing as a single, and that it was a song he did for himself. Brad Wete of Entertainment Weekly called the song "a prideful track about a guy who fought for notoriety, gained it, and now struggles with what comes with it: criticism, groupies, and the pressure of expected greatness". The song makes heavy use of an orchestral backdrop, while Drake delivers confident, aggressive raps in a paced fashion. Drake makes references to film critics Roger Ebert & Richard Roeper, as well as actress Jada Pinkett Smith and her 1996 film, Set It Off. According to Michael Cragg of MusicOMH, the song contains three hooks. Several lines in the second verse are actually a flip of hip-hop group Dead Prez's "Hip-Hop", from their 2000 debut, "Let's Get Free". He also references Michael Jackson's iconic attire in his "Thriller" video, and commented, "He was young and had the world excited and anticipating his every move. That was my homage to him and the impact that he had on the world that I live in. It's also ... great for people to say. Especially, unfortunately, what happened to him, just to honor him was great".