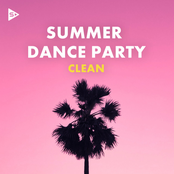 you should see me in a crown

Billie Eilish - you should see me in a crown

[Verse 1]
Bite my tongue, bide my time
Wearing a warning sign
Wait 'til the world is mine
Visions I vandalize
Cold in my kingdom size
Fell for these ocean eyes

[Verse 2]
Count my cards, watch them fall
Blood on a marble wall
I like the way they all scream
Tell me which one is worse
Living or dying first
Sleeping inside a hearse (I don't dream)

"you should see me in a crown" is the lead single of American singer Billie Eilish's debut studio album "When We All Fall Asleep, Where Do We Go?" It was released on July 18, 2018, through Darkroom and Interscope Records. It was written by Eilish and her brother Finneas O'Connell, who also produced the track. The song received positive reviews and charted in countries including the US, Canada and Australia.