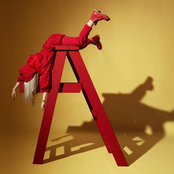 [Verse 1]
Don't be that way
Fall apart twice a day
I just wish you could feel what you say
Show, never tell
But I know you too well
Got a mood that you wish you could sell

[Chorus]
If teardrops could be bottled
There'd be swimming pools filled by models
Told "a tight dress is what makes you a whore"
If "I love you" was a promise
Would you break it, if you're honest
Tell the mirror what you know she's heard before
Idontwannabeyouanymore

[Verse 2]
Hands getting cold
Losing feeling getting old
Was I made from a broken mold?
Hurt, I can't shake
We've made every mistake
Only you know the way that I break

On “idontwannabeyouanymore,” Billie Eilish faces her insecurities, addressing her lack of self-confidence and self-deprecating emotions. Billie explained that the meaning of this song is directly opposite to the meaning of her other popular song, “COPYCAT.” "“COPYCAT” is basically about someone doing fucking everything you do. The idea of “idontwannabeyouanymore” was sort of like, exactly the opposite. You know, “COPYCAT” is like “you wanna be me so bad, I’m the shit” but really, no I’m not. And it’s like, you wanna be me. I look at the mirror over here, I don’t wanna be you." In an interview with Ear Milk, Billie explains: "That song is the most special to me on the EP, because it’s straight from myself. The whole song is supposed to be singing to yourself in a reflection. It came about while we were writing “COPYCAT,” which is obviously about a person doing exactly what you do. “idontwannabeyouanymore” actually has the same chords as the bridge of “COPYCAT” because we wrote them as the same song. So the idea was to write a song completely opposite to “COPYCAT.” I go through a lot of depression, I have for most of my life, and I know so many people have the same issues as I do and most people don’t have a way of expressing that. They keep it inside them and are hurt by themselves, and I want to have music that people can listen to. If I write a song that you feel like you relate to, and when you hear it you go “that’s my song” – it’s yours! With “idontwannabeyouanymore,” I just want people to know they can feel that way and not be alone. That song is very deep in me. And the production is very R&B and it has that 1, 2, 3 rhythm, almost like a ballroom dance. But I didn’t want it to be overproduced. I wanted it to be simple and intimate. There’s a lot of tension and release in that song." Billie said on her Instagram that ‘idontwannabeyouanymore’ was a deep song about her feelings: "idontwannabeyouanymore is a very inside of me song that has finally come out so if youd like to hear deep inside my HEAD and feel my FEELINGS GOO LISTEN"