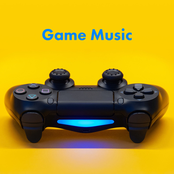 [Verse 1]
White shirt now red, my bloody nose
Sleepin', you're on your tippy toes
Creepin' around like no one knows
Think you're so criminal
Bruises on both my knees for you
Don't say thank you or please
I do what I want when I'm wanting to
My soul? So cynical

[Verse 2]
I like it when you take control
Even if you know that you don't
Own me, I'll let you play the role
I'll be your animal
My mommy likes to sing along with me
But she won't sing this song
If she reads all the lyrics
She'll pity the men I know

This twitchy, bass-heavy banger finds Billie Eilish taunting her abusive lover. She tells him she's in control of their relationship as she enjoys playing the role of a docile girlfriend. I like it when you take control Even if you know that you don't Own me, I'll let you play the role I'll be your animal During the hook, Eilish accuses the dude of just playing tough when it's she who is really the "bad guy": I'm that bad type Make your mama sad type Make your girlfriend mad tight Might seduce your dad type I'm the bad guy Eilish has the power to make the important people in her lover's life upset. The song is Track 2 on the album, preceded by "!!!!!!!," a 14-second introductory skit about Invisalign in which we hear Billie Eilish joking about removing her aligner and getting her album done and drilled out. Her brother and producer Finneas explained to Vulture that his sister had to take her Invisalign out for recording sessions because it gave her vocals a lisp, but she became so used to wearing the aligner that she often forgot. He compared the noise she made to Lil Wayne's lighter flick sound featured on Tha Carter II songs such as the title track and "Fireman." "I have so much audio of her taking out her Invisalign that I was like, 'Billie, this is gonna be your version of the Lil Wayne lighter flick,'" Finneas said. "You know how when you listen to a new Lil Wayne song he's lighting up a blunt in the song? I was like, 'Bill, this is gonna be your signature sound.'" Finneas said that he and his sister decided to include the skit to lighten the mood on When We All Fall Asleep, Where Do We Go?. "When we were wrapping it up, I felt like the album was pretty dark and covered a lot of heavy stuff, with songs like 'Bury A Friend' and 'Listen ' and 'Ilomilo'" he explained. "The art that I like that is the darkest… if there's an element of humor in it, I think I take it even more seriously. It really resonates with me. It was really important with this album to find a sense of humor in the midst of all of this heaviness." On July 11, 2019, Billie Eilish dropped a remix of "Bad Guy" featuring Justin Bieber. Eilish has a well-documented history as a Belieber (she called him her "first love" in a Marie Claire interview). The pair exchanged tweets in March 2019 and finally met the following month during Ariana Grande's headlining set at Coachella. The updated recording stays fairly true to the original, save for a brand-new second verse and scattered ad-libs from Bieber. It was written by Eilish, Finneas O'Connell, the "What Do You Mean?" singer and his frequent writing partner, Poo Bear. The cover art for the Bieber remix shows a younger Eilish surrounded by posters of the Canadian pop star. After waiting patiently at #2 behind "Old Town Road" for nine weeks, "Bad Guy" finally toppled Lil Nas X's record-breaking song to reach #1. In doing so, it broke the record for the longest a song spent in the runner-up position before climbing to the summit. Three songs - OutKast's "The Way You Move," Justin Bieber's "Sorry" and The Weeknd's "Starboy" - spent eight weeks in the runner-up spot before they hit #1. On reaching the top of the Hot 100, Eilish became the first artist born in the 2000s to have a #1 hit.