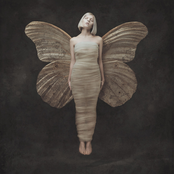 All My Demons Greeting Me As A Friend (Deluxe)

[Verse 1]
I was listening to the ocean
I saw a face in the sand
But when I picked it up
Then it vanished away from my hands, down
I had a dream I was seven
Climbing my way in a tree
I saw a piece of heaven
Waiting patiently for me, down

[Pre-Chorus]
And I was running far away
Would I run off the world someday?
Nobody knows, nobody knows
And I was dancing in the rain
I felt alive and I can't complain

[Verse 2]
I was painting a picture
The picture was a painting of you
And for a moment I thought you were there
But then again, it wasn't true, down
And all this time I have been lying
Oh, lying in secret to myself
I've been putting sorrow on the farthest place on my shelf
La-di-da

"Runaway" is a song by AURORA. It is the lead single and the first track on her debut extended play, Running With The Wolves, and on her debut album, All My Demons Greeting Me As A Friend. On February 9, 2015 the single became available on select platforms and on February 16, 2015 it was officially released worldwide. AURORA wrote this song when she was 11. It's a song about escape and "realizing you want to get home again." In an interview with The 405 she said: "It's strange how this song fits my life better now that I could ever imagine when I wrote the song itself. It's about how important it is to have a soft place to fall". In 2021, six years after its release, "Runaway" debuted on the official singles charts in Ireland, Canada, France, United States, Germany, Norway and United Kingdom. In the UK, it entered the singles chart with 100 points in the week of March 26th to April 1st, 2021. Its peak on the official UK chart is #25 and it dropped off the chart after 11 weeks. In her home country, Norway, she reached 14th position, leaving the chart after 6 weeks. Singer-songwriter Billie Eilish credits this song as one of the reasons she started working with music. Since then, AURORA and Eilish have met on two occasions, and both are fans of each other. The song was also praised by Katy Perry and Troye Sivan before going viral. To celebrate the 100 million streams on Spotify, AURORA released FOR THE HUMANS WHO TAKE LONG WALKS IN THE FOREST and did a live stream on YouTube. The song's 2021 resurgence can largely be credited to social media app TikTok. 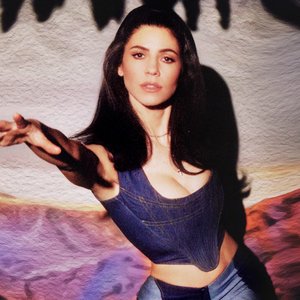