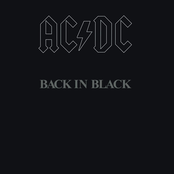 "Back in Black" is a song by AC/DC, appearing as the first track on side two of their 1980 album, Back in Black. Known for its opening guitar riff, the song was AC/DC's tribute to their former singer Bon Scott. It peaked in the U.S. at #37 on the Billboard Hot 100 chart in 1981 and was #51 on Billboard's Top Tracks chart, which debuted in March 1981. "Back in Black" received the RIAA's Master Ringtone Sales Award (Gold and Platinum) in 2006 and reached 2x Platinum status in 2007. The song was ranked #4 by VH1 on their list of the 40 Greatest Metal Songs, and in 2009, it was named the second greatest hard rock song of all time by VH1. It was also ranked #187 on Rolling Stone's list of the 500 Greatest Songs of All Time.. The same magazine has also ranked "Back in Black" number 29 on "The 100 Greatest Guitar Songs of All Time" A number of artists have sampled "Back in Black" without permission from the copyright holders. In 1984 the Beastie Boys sampled "Back in Black" without permission for their song "Rock Hard". In 1999, when they wished to include it on an upcoming CD compilation release, they sought permission but AC/DC refused. Mike D of the Beastie Boys quoted Malcolm Young's reason for refusing as: "'Nothing against you guys, but we just don't endorse sampling.'" Back In Black was also sampled in the 2003 song "Work It" by Nelly. Art Brut usually begin their song "Formed a Band" with the intro to "Back In Black" when they play it live. A recorded version of this can be found on their 2006 "Nag Nag Nag Nag" EP. Eminem released a version of his hit, "My Name Is", with "Back In Black" as the bassline. The song was also heavily sampled to by the Evolution Control Committee in creating the song "Rocked by Rape". Two live versions of the song later appeared on both versions of the album Live, as well as the Australian tour edition of Stiff Upper Lip. It has been covered by bands such as The Hives, Steriogram, Living Colour, Foo Fighters with Jack Black, Travis and Colombian pop singer Shakira. Other versions include: * 1984 Beastie Boys, sampled without permission on "Rock Hard" * 1986 Boogie Down Productions, sampled without permission on "Dope Beat" * 1995 Kid Rock, demo with no vocals he scratch over the riff and added a hip hop beat to it, he also covers it in concert usually just the riff in the middle of Devil Without A Cause but he will cover it fully occasionally. * 2001 Hayseed Dixie, on A Hillbilly Tribute to AC/DC * 2003 Living Colour, on Collideøscope * 2003 Back in Baroque... The String Tribute to AC/DC * 2004 Shakira, on Live & Off the Record * 2004 Six Feet Under, on Graveyard Classics 2 * 2005 Wing, on Wing sings AC/DC * 2006 Art Brut, sampled without permission on a live recording of "Formed A Band" * ???? Jackyl * Several sports teams use the song during games, including the Chicago Blackhawks and the Carolina Hurricanes and athletic teams for the University of Georgia, University of Iowa and University of Nebraska. * The London Wasps (UK) rugby team also use it as ther entrance theme. * The slogan "Back in Black" was used to promote the debut of new black uniforms for the Oklahoma State University football team in 1993, including promotional black t-shirts, patterened after the single's album cover, with the letters "OSU" in the style of the AC/DC logo. * In September 2006, "Back in Black" was used in a US Gap TV commercial featuring footage of Audrey Hepburn. * The song was used for advertising of the Black Motorola Razr. * It was used during the trailer for Men in Black II. * ECW star Chris Candido used the theme as his entrance music. * It was used during the trailer for Lilo and Stitch. * It was used during the one of spots for Star Wars Episode III: Revenge of the Sith. * Lewis Black uses a re-recording of the opening riff on his segment on The Daily Show. * The song is used in the beginning of the 2008 film Iron Man as was also used in one of its trailers. In the movie, it is said this is because it is one of the main character Tony Stark's favorite songs (when one of the soldiers riding in the Jeep with him with the song playing reaches over to turn it off, he tells the man "Nobody turns off my music.") * Jay-Z often uses this song's instrumental when performing 99 Problems live most famously at Glastonbury 2008 * The opening riff is used to introduce the "Million Dollar Riff" round on the Australian music program RocKwiz, which airs on the Special Broadcasting Service (SBS). * "Back in Black" is one of the most played songs on the CW show Supernatural, as AC/DC is known to be character Dean Winchester's favorite band. Also an ad for Supernatural first aired on FOX8 in July 2009 plays the opening riff * Back in Black was used to help promote the Ottawa Senators' new alternate jersey. * The song is used in a Brazilian television ad for Ford Fusion. * The song was used in the advert for the 3rd series of the TV show Heroes on BBC2. * The song was used on the Alias (TV series) 2nd Series episode Phase One. 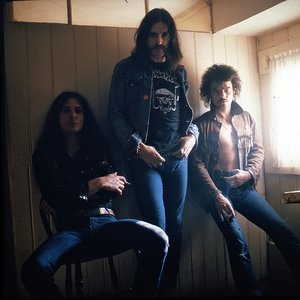 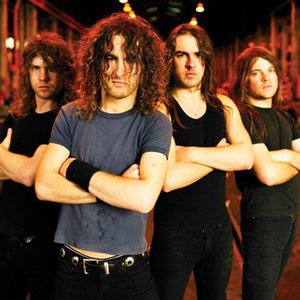 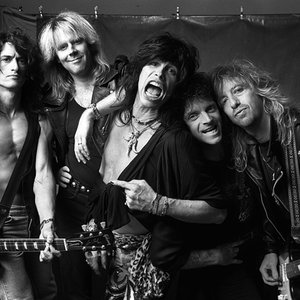