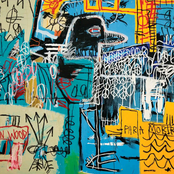 The Strokes - The New Abnormal

"The New Abnormal" is the sixth studio album by American rock band The Strokes. It was released on April 10, 2020, through Cult and RCA Records. It comes nearly seven years after March 2013’s Comedown Machine, although the band had reunited briefly to release a three-track EP titled "Future Present Past" in June 2016.

The album title "The New Abnormal" is a reference to the present age of environmental disaster. “There were these huge fires in Los Angeles,” Julian about their time recording. “A lot of houses burned down but Shangri-La survived, by some miracle. That’s where the name of the album comes from, the extreme weather, the violence…”

Rumors of the album’s production began in July 2017, when Albert Hammond—father of The Strokes’ guitarist, Albert Hammond Jr.—mentioned that the band was in-studio with producer Rick Rubin in an interview with The West Australian. This rumor was quickly dispelled by Hammond Jr. in a since-deleted tweet, claiming: “Forgive Albert Sr he got prematurely excited. A lot of unknowns and nothing worth speaking about at this time.” He did concede, however, that “We met and played a few music ideas for Rick to feel out a vibe, but even a theoretical album plan would be years away, if at all.” Damage control continued with Julian joking on Twitter, saying:

Back in December 2018, the band announced a series of tour dates and a “global comeback” for 2019. The first event took place at The Wiltern in Los Angeles on May 13, where they performed a new song, titled “The Adults Are Talking.” The last concert of 2019 took place on New Year’s Eve at the Barclays Center in their hometown of Brooklyn, New York. They performed a new song titled “Ode to the Mets.” Julian Casablancas then confirmed:

"Yeah, we’ve got a new album coming out soon. 2020, here we come. The 2010s, whatever the fuck they’re called, we took ‘em off. And now we’ve been unfrozen and we’re back. If you really love someone, you’ll be frozen with them. You know what? I don’t know what I say generally, and I ramble a lot, but I lo"ve you guys, and it’s a real honor to share the stage and this night with you guys.

News around the album’s actual release began on February 7, 2020, when Albert Hammond Jr. tweeted: “You think you’ve been waiting. But the wait has just begun. Welcome to the new abnormal.” Similar videos and promotions began appearing on the band members’ social media pages and billboards around the world. Leaked ASCAP listings for “songs written by Julian Casablancas” also revealed the tracklist and various co-writers on the album, including pop-rock icon Billy Idol.

A few days later on February 10, 2020, the band played a live political rally in support of presidential candidate Bernie Sanders. A short musical snippet of “At the Door” played before the concert, foretelling of the song’s official release the next day, along with the music video and the upcoming album’s tracklist and album art. The band also performed a new song titled “Bad Decisions,” which was released the following Tuesday, February 18, 2020, along with its accompanying music video. According to Albert Hammond Jr.’s Twitter, this would be the first official single for the new record.

On April 6, 2020, the band released “Brooklyn Bridge to Chorus” as the final single preceding the album’s release.

The New Abnormal debuted at #8 on the Billboard 200 during the chart week of April 26, 2020 after selling approximately 35,000 album-equivalent units during its first week.

On March 14, 2021, The Strokes won their first-ever Grammy Award for Best Rock Album of the Year at the 63rd Grammy Awards. .

1) The Adults Are Talking

7) Why Are Sunday's So Depressing

8) Not the Same Anymore 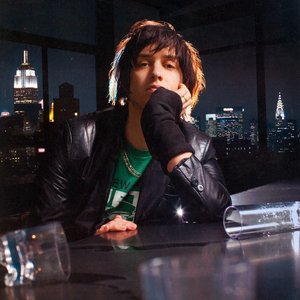 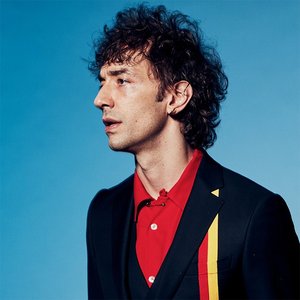